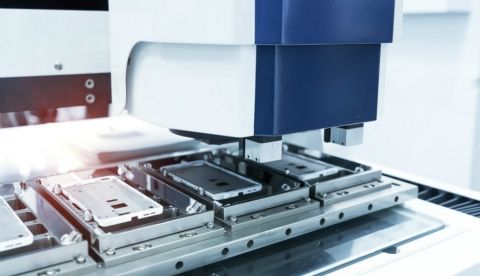 One of Apple’s contract manufacturers, Pegatron, will soon set up shop in India, along with two other countries like Indonesia and Vietnam. As per a report by 9to5Google, via The Financial Times, Pegatron president SJ Liao has announced that the company will expand manufacturing from China to some other countries. More information regarding the expansion plans will be doled out but as for the rate of expansion, it is said to depend on the ongoing trade war between the U.S. and China. Currently, Foxconn plants are operational in India and Vietnam, but the company doesn’t yet manufacture any Apple devices here. However, a report claimed that Foxconn executives would visit India in February to talk about the company’s plans about manufacturing Apple’s flagship iPhones in the country.

There have been some rumours circulating on the internet that suggest that Apple is planning to commence manufacturing of its flagship phones in India. The company seems to be going through a tough time since a new report suggests that its shipments considerably lowered in China due to ongoing legal and political troubles. This could be a direct effect of the increased competition from Chinese smartphone manufacturers and also the prices set by the company for its own products. However, by making its own devices in India, Apple might have a chance to lower the prices of its top end phones.

This would certainly not be easy since Samsung reportedly sent a letter to the Indian government recently. The letter stated that the company will reduce making phones, stop production of flagship phones and lower exports in India because of the hurried implementation of Phased Manufacturing Programme (PMP) that the government has put in place for increasing production of phones in India. The government has hastened implementation of Phased Manufacturing Programme (PMP) by two months and asked companies to commence local manufacturing of the components like touch displays and panels by next month (February) instead of any time in 2019-20. Those companies that are unable to do so will have to pay a 10 percent duty tax, which could go up to 11 percent with surcharge, on any imported components.