Rumours about a new device from Apple are starting to do the rounds and while they don't talk about imminent release or specs, they do shed light on an all new product that might be cooking in Tim's lab. 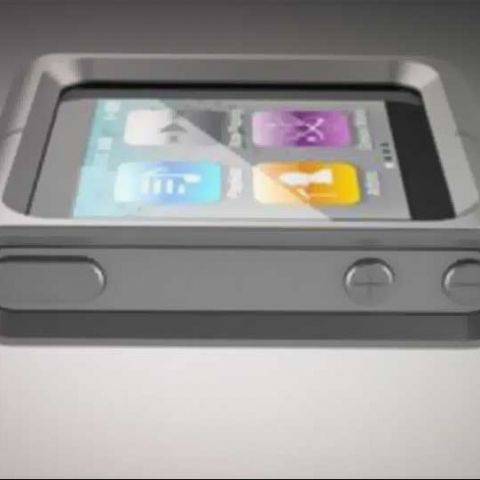 Rumours of a watch-like iOS devices have been around since the early days of the iPhone and we have even seen third-party accessory makers turn the iPod into a spiffy wearable watch. Well, a fresh batch of rumours would suggest that the Cupertino outfit themselves are experimenting with a wrist-mounted iOS devices sporting a curved glass display.

Details about the specifications of the device are akin to a phantom at best and merely a concoction of the rumour mill. While we don't know what sort of processing power it will pack, we can speculate that it will run iOS, so it will be more than just an iPod Nano, if Apple chooses to use that form factor. We do know that glass moulding technology has come far enough to provide curved glass with enough strength to be fit into a device that can be worn on the wrist like a traditional watch.

While rumours may suggest that Apple is experimenting with a wrist wearable iOS device, there is no way to be certain that this tech will see the production lines. companies like Apple are known to toy around with several ideas at any given stage, but not all of them reach the final production stage, something like the 3G capable Macbook prototype. However, given that any consumers have been shelling out good money to mod their existing iPod Nanos into something like the wrist friendly devices Apple seems to be playing around with, we wouldn't be surprised if the Cupertino office put considerable resources behind this project to make it work. At the end of the day, one thing we can be sure of is that Team Tim Cook will not release a product until and unless it meets the legendary standards of satisfaction at Apple.