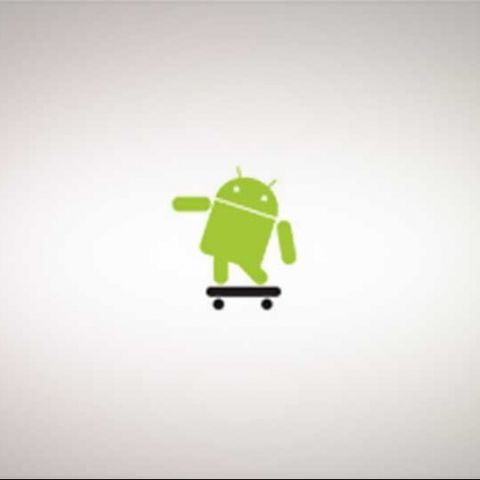 So, while Motorola just released a BlackBerry-like Android phone, the Droid Pro, the Google made mobile platform has surpassed the BlackBerry and iPhone in U.S. new handset sales since January 2010, according to data by The Nielsen Company. 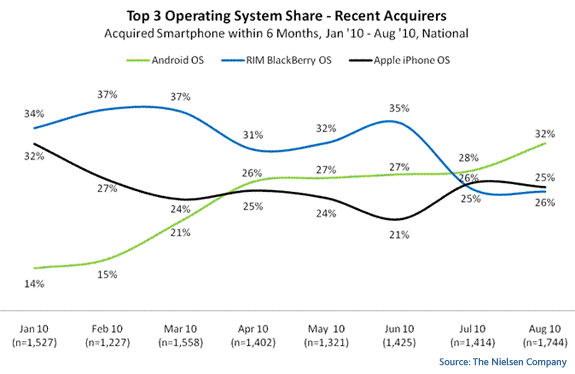 [RELATED_ARTICLE]A six-month study that concluded in August 2010 apparently saw nearly 32 percent of new handset owners purchasing Android smartphones in the United States, with only 25 percent purchasing BlackBerry OS phones, and another 25 percent buying iPhones - shown above. While this is not a staggering lead, it’s certainly indicative of current trends. Total sales figures also show improvement, with Android's market share doubling from 8 to 19 percent since January. BlackBerry, still top dog in the smartphone segment, has seen overall sales drop from 36 to 31 percent, while the iOS share remains at near constant at 28 percent of the market - shown below: 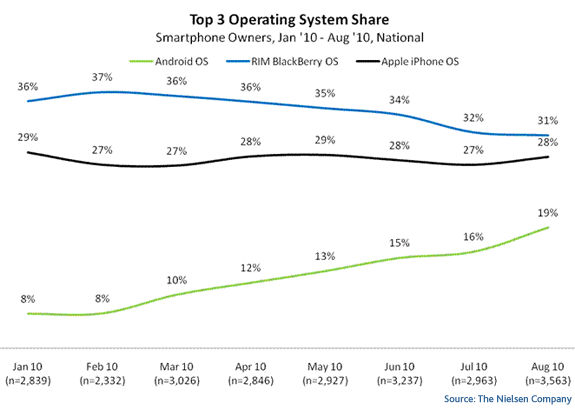