With the official release of Android O getting closer, it is that time once again where we try and guess the official name of the next version of Google’s mobile OS. While many believe that Android O will end up being called Oreo, a report by Myce seems to suggest that might not be the case. The website has found several references to ‘oc-dev’ in Android 8.0 Source, which the website believes could be an abbreviation for Oatmeal Cookie. Several people have also posted images of the slides Google showed at I/O suggesting that Android O may indeed be called Oatmeal Cookie.

Guessing the name of the next version of Android has always been a fun game, with even Google getting into the action. Last year, Google announced that it was going to crowdsource the name for Android N and even the Kerala government got into the action. Through its Twitter handle, it encouraged users to vote for Neyappam, a South Indian dessert. The SVP of Android even tried misleading people into thinking that Android N would be called Nutella. 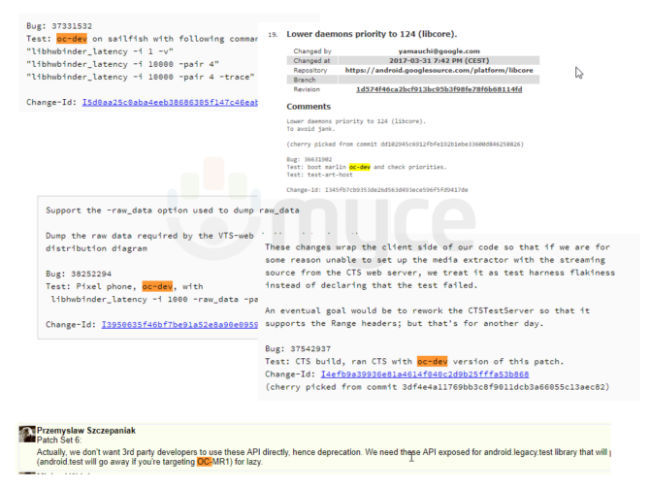 Regardless of what the final name of Android O will be, you can be pretty sure that it will come pre installed in the next generation of Google’s Pixel devices. Rumours suggest that the company was working on three Pixel branded devices under the codename Walleye, Muskie, and Taimen. Walleye and Muskie were tipped to be direct successors to the Pixel and Pixel XL, with the Taimen is tipped to be device with a large display. However, recent reports suggest that the company may have cancelled the Muskie device in favour of the Taimen, which is said to be manufactured by LG.

Oatmeal cookie used on one of the slides. Might be the name of the next #Android version? #io17 pic.twitter.com/jxYj9c2Ng4

Oatmeal Cookie appears at I/O as (presumably) the internal codename for O, so I'm still hopeful for a release name of Android Oreo :) pic.twitter.com/LRHihJvtNs