Android 9 Pie updates: Here are all the phones in India that are running, or will get Android Pie in the future [Updated December 13, 2018]

Google Pixel phones, OnePlus 6, Sony Xperia XZ2 and XZ2 Compact and some more phones are already on Andriod Pie, but more devices are expected to be added to the list. 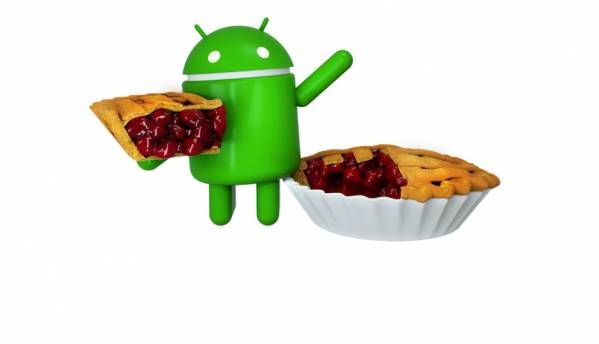 Android 9 Pie updates: Here are all the phones in India that are running, or will get Android Pie in the future [Updated December 13, 2018]

Google officially announced the final version of the Android 9 Pie operating system on August 6, 2018, and it was first made available for the company's own Pixel series of smartphones. The company’s recently launched the Pixel 3 and the Pixel 3 XL, which are also running on Android Pie, but what about the rest of the phones? One does wonder when the latest OS update will be made available for their devices. To make this easier, here's a tracker that should help you find out if your phone has received the Pie update. Rest assured, we will keep updating this article (updated: December 13, 2018) as more devices start getting the update (at least till Android Pie becomes the norm for any new smartphone).

First off, smartphones that were a part of the Android P beta program before the official release have either already gotten the update, or will soon get it. These handsets were the Sony Xperia XZ2, Xiaomi Mi Mix 2S, Nokia 7 Plus, Oppo R15 Pro, Vivo X21, OnePlus 6, and Essential PH‑1, Google Pixel, and Google Pixel 2. Out of these, Google's phones, Essential PH-1, OnePlus 6, Sony Xperia XZ2 and the Nokia 7 Plus have already received the update. It is now being rolled out to the Xiaomi Mi Mix 2S, but the Oppo R15 Pro and the Vivo X21 are yet to be updated.

Here's a list of handsets that have received or are slated to receive the Android Pie update.

Currently, Android 9 Pie based on MIUI 10 is only available for the Xiaomi Mi Mix 2S. However, since its a recovery ROM, one will need to install it using TWRP. Other Xiaomi smartphones are also expected to start receiving the Android Pie update soon, but the manufacturer has not announced any timeline for the same.

Update: The company has now released a list of its devices that will be receiving the Android Pie update in Q4 2018. The Mi Mix 2S, Mi 8, Mi 8 transparent exploration edition are slated to first receive MIUI 10 update based on Android 9 Pie.

Update 2: Xiaomi rolled out the stable Android Pie beta for its Mi A2 and the Poco F1 smartphones, reports indicate that the Pie update is also being made available for the Mi A1.

Update: Asus has confirmed that its Zenfone 5Z smartphone will get the Android Pie update early next year. Additionally, the company will also seed the latest Android OS to its ZenFone Max Pro M1 phones in February 2019.

As mentioned above, the Nokia 7 Plus was the company's first smartphone to be updated to the stable Android Pie OS. The company has already announced that the latest Android version will be made available for its Nokia 6.1, Nokia 6.1 Plus and the Nokia 7.1 phones in October, while the Nokia 8 and Nokia 8 Sirocco are slated to receive the update in November.

Update 2:  Nokia 7.1 is updated to Android Pie and the Nokia 8 has received the latest Android favour under open beta.

Back in August, Motorola announced that the following smartphones will receive the Android Pie update:

Unfortunately, there’s no timeline of when these phones will actually get the update and their users have no other option but to wait. The company also recently launched the Motorola One Power smartphone, which is a part of the Android One initiative. The phone is slated to get an Android Pie beta update this month.

Update 1: The Motorola One Power is now running on a stable version of Android Pie. The company is rolling out the Pie update to its X4 phones in the US.

OnePlus has updated its latest OnePlus 6 to the Android 9 Pie and back in July announced that it will ‘soon’ come for the OnePlus 5/5T and the OnePlus 3/3T, in that order. The company's CEO, Pete Lau has already confirmed that its upcoming OnePlus 6T smartphone will come was launched running on Android 9 Pie.

Update: Samsung is reportedly rolling out the Android 9 Pie based One UI for its Galaxy S9 and S9+ phones.

Huawei introduced the Android Pie based EMUI 9 update with the launch of its Mate 20 Series of smartphones. The new update is said to be rolling out for the dual-SIM European variant of the Huawei Mate 10, but the company has not confirmed this yet. There is no official information on which handsets by the company will receive the update, but the last year’s P20 Pro and Mate 10 are expected to be among the first. Honor phones also run on the same EMUI OS and they should also start receiving the Android Pie update soon after the Huawei phones.

Sony has also announced which of its phones will receive the Android 9 Pie update and as mentioned above, the Xperia XZ2 is already comes preinstalled with it. The update was also rolled out for the Xperia XZ2 Compact and these are the following Sony phones that are slated to receive the update:

The Xperia XA2 Series of phones will be last in receiving the new Android OS, by early 2019.

HTC tweeted that the latest Android flavour will be made available for its HTC U12+, U11+, U11, and U11 life smartphones. However, the company didn’t reveal any timeline for the update.

Oppo is yet to announce the names of its phones that will get the Android 9 Pie update.

Update: Realme announced that all of its phones will be updated to Android Pie by Q1/Q2, 2019.

As the Vivo X21 was a part of the Android Pie beta program, it is expected to receive the update sooner than any other Vivo device. However, the company has announced that it will be rolling out the update by Q4 this year.