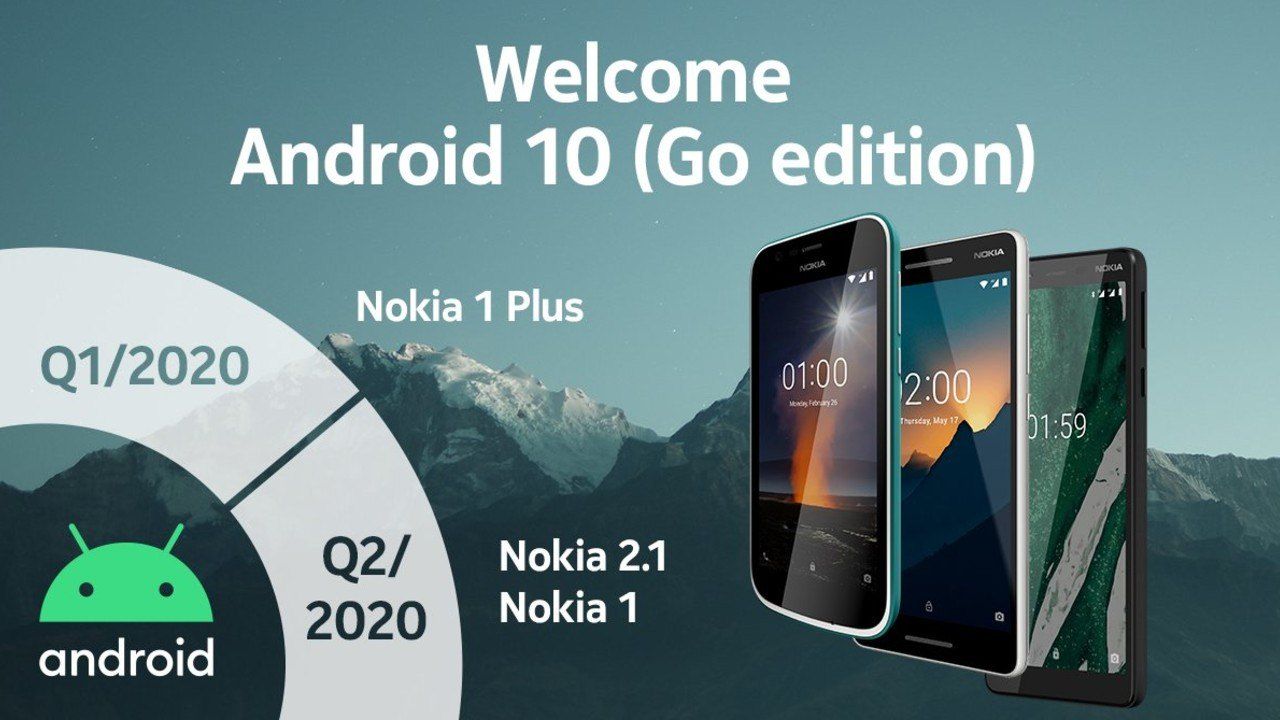 Nokia 1 Plus, which was launched running Android Pie Go edition will be the first one to get updated to Android 10 (Go edition). It will receive the update in the first quarter of 2020. Next on the list is a device that was launched in August last year running Android 8.1 Oreo (Go Edition), Nokia 2.1. The phone received its Pie update in February 2019, and Nokia is planning to roll out the  Android 10 (Go edition) update in Q2 of 2020. Nokia 1 will also be updated in the same quarter.

Android 10 (Go edition) is for phones equipped with less than 1.5GB RAM. The new OS is focused on making the Android ecosystem faster and more secure for budget smartphones. It is said to enable faster app switching in a way that is more memory efficient. Google is using its new encryption method, Adiantum that works on less powerful devices without stressing the system.

According to Google, Android 10 (Go edition) will let users switch between apps 10 percent faster, thanks to better memory-efficiency. Further, the company says, Android (Go edition) is present in over 180 countries as over 1600 Android (Go edition) smartphones have been sold by more than 500 manufacturers around the globe. You can read more about Android Go here.