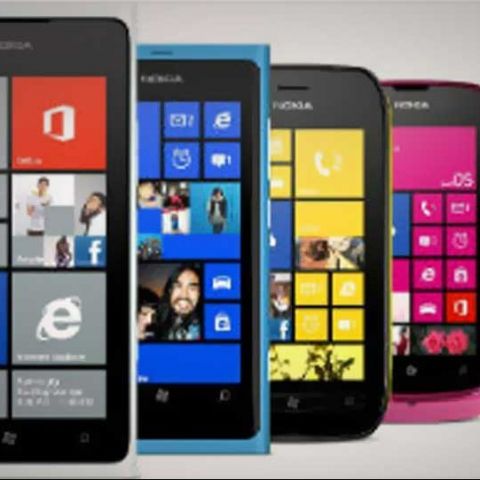 A Nokia smartphone running Android may sound exciting, but will that shift be good for the Finnish phone maker?

Doing a fine job of bursting Nokia’s bubble, Pierre Ferragu, an analyst with Bernstein Research has stated that the Finnish phone maker is in dire straits with respect to its cash reserves and would have to adopt Android this year, in order to stay afloat. Ferragu said that Nokia should “take the pill before one cannot afford to do so anymore” and stop relying on Windows Phone and Asha handsets, in favour of Android powered ones. Ferragu’s report comes in the wake of Nokia shares dropping by 2.6% to $3.81 on the New York Stock Exchange.

It’s no secret that Nokia has seen much better days. In fact, just five years ago, Nokia’s shares were valued at $24.21, and the NYSE value today represents a drop of almost 75% in five years. Nokia has put on a brave face since it adopted Windows Phone and has displayed confidence in Microsoft’s mobile operating system. However, in spite of well-received phones such as the Lumia 800, the Lumia 720 and the Lumia 920, Nokia hasn’t really taken the market by storm. With Samsung and Apple continuing their stranglehold on the smartphone market and dedicated competition from the likes of HTC and LG, the tide hasn’t really turned Nokia’s way. In fact, Nokia’s deeply entrenched spot in the budget phones segment in countries like India is also under very serious threat from local handset makers like Micromax and Karbonn.

To be honest, Nokia has made the best of Windows Phone, and is arguably responsible for the best handsets that rely on that ecosystem. With smartphones like the Lumia 520, Lumia 610, Lumia 720 and Lumia 920, Nokia has a strong portfolio across various price segments. Unfortunately, Windows Phone itself has not gathered enough momentum even after almost three years of its launch, and its dedicated but small base of enthusiasts cannot change that fact. The opinion that Nokia should adopt Android is by no measure unpopular among smartphone users and there is an almost guaranteed possibility that an Android-powered Nokia smartphone will witness a groundswell of popularity. The downside to Android adoption is Nokia running the risk of being lost in the crowd of Android phone makers, a risk that companies like Motorola, Lenovo, Dell, Acer, Asus and even LG are familiar with.

Is this in Nokia's future?

But if, for a moment, I only look at this topic through the eyes of an individual tech consumer, I can’t deny that an Android smartphone built using Nokia’s expertise is an exciting prospect. The only question worth asking here is if that’s enough for Nokia.

Do you think Nokia should stick to Windows Phone or risk jumping over to Android? Let me know on Twitter @postwar or in the comments section below.