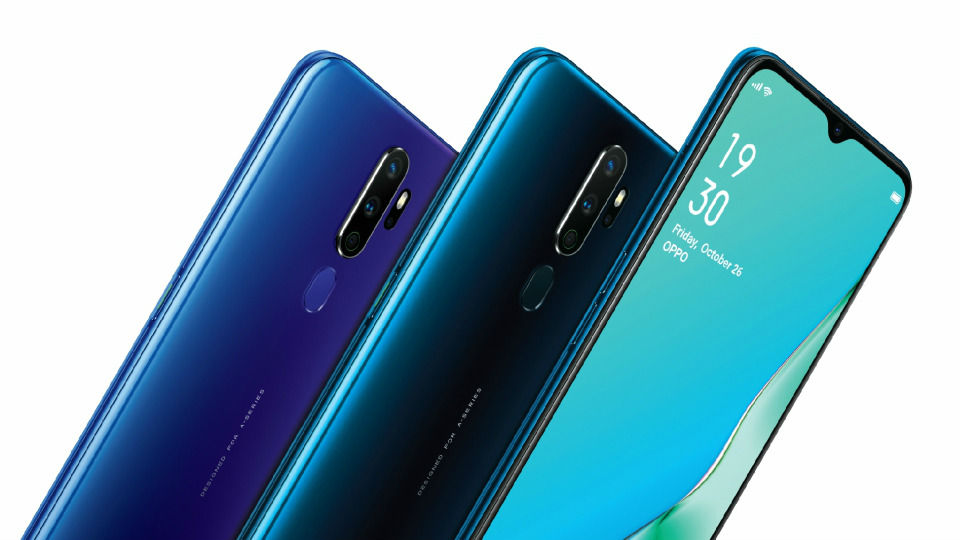 Oppo A8 could sport a triple rear camera setup.

The Oppo A8 could launch soon.

Oppo A8 is said to be a new A-series smartphone from the Chinese manufacturer. The handset has allegedly been spotted on TENAA listing. Moreover, a promotional poster has leaked online, which claims to reveal the phone’s design and some specifications. To recall, its predecessor, Oppo A7, was launched in November 2018. Hence, Oppo A8 is expected to launch by the end of this year. The phone is seen on the promotional poster alongside the Oppo A91 and Oppo Reno3 series as well as an Oppo “Enco Free” product that looks like an upcoming pair of truly wireless earphones.

The latest development comes from the TENAA listing. An Oppo smartphone with model number PDB00 has been spotted on the website. The phone is reported to be the Oppo A8. According to the TENAA listing, Oppo A8 will feature a  6.5-inch HD (720x1600 pixels) TFT display. It was spotted running Android 9 Pie. The phone is said to be powered by an unnamed 2.3GHz octa-core processor, paired with 4GB RAM. As for the internal storage, it is listed to be at 128GB. The smartphone may also come with an option to expand further up to 256GB using a microSD.

According to the TENAA listing, Oppo A8 will sport a triple rear camera setup: a 12-megapixel sensor + an 8-megapixel camera + a 2-megapixel shooter. The smartphone could come equipped with an 8MP selfie shooter. The Oppo A8 is listed to pack a 4230mAh  battery. It is said to be made available in Black, White, Green, and Red colour options. Moreover, the images attached with the TENAA listing reveal a waterdrop-style notch on the Oppo A8. The rear cameras are seen to be aligned vertically and placed on the top left of the back panel.

The leaked poster reiterates that Oppo A8 will have a 6.5-inch display, 128GB internal storage, and a 4,230mAh battery. The Oppo A8 is expected to launch soon.