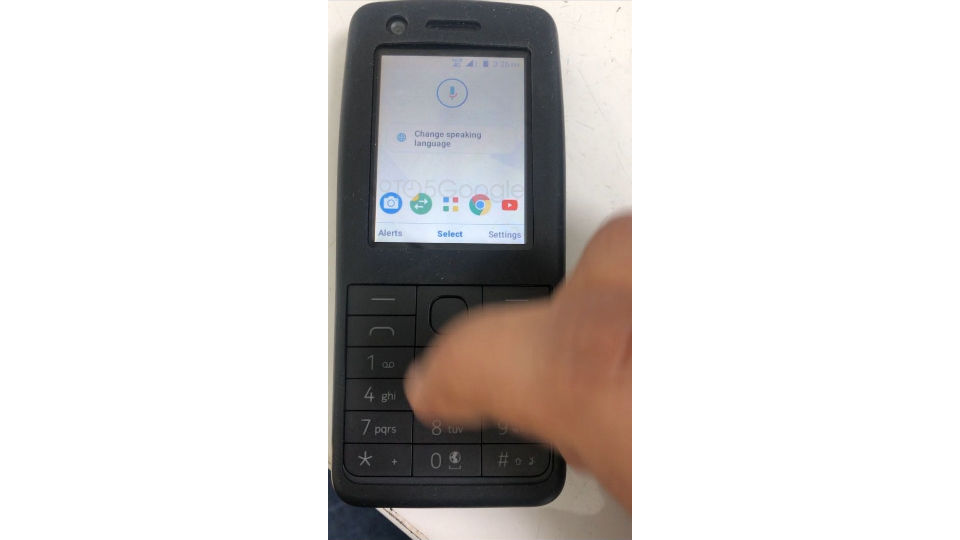 ​An image of an alleged Nokia phone spotted online.

The branding is not seen on the phone.

Currently, the feature phones in the market are powered by KaiOS that has Google’s backing, but now a latest development has suggested that the search engine giant is moving ahead with rumoured plans developing Android OS for feature phones. An image allegedly of a Nokia-branded feature phone with Android OS has surfaced online. While there is no visible branding on it due to what appears to be a silicon/rubber casing, the image shared by 9to5google, shows a phone with Nokia-style “phone” button.

The basic difference between these phones and the ones powered by Android Go is that these Android-powered feature phones will have number pad instead of a touchscreen. The phones will be navigated using a traditional D-pad and will have shoulder buttons to complete an action. In the image, we could also see an alleged new Android home screen layout on the phone screen. There is Google’s standard microphone icon top of the screen, indicating that the phone could come with Google Assistant. Just below that, there’s an option to “Change speaking language.” A row of apps, including Camera, Chrome, and YouTube follows the language speaking option.