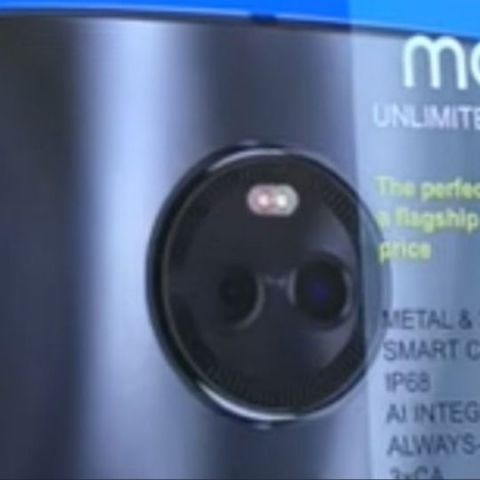 Prolific leakster Evan Blass (@evleaks) has posted a photo of the upcoming Moto X4 smartphone. Blass claims that this is “indeed” the final design for the device, and that information he received earlier had been inaccurate. The image shows a phone with dual cameras, metal and glass build (3D glass mind you) and IP68 certification. The device apparently has a “smart camera” too and AI integration.

This suggests something like Samsung’s implementation for Bixby on the Galaxy S8. However, Motorola usually used Android in its stock form, so Google Assistant should be the AI of choice here. That probably means Lenovo and Motorola have designed a new camera app to be used on the smartphone, adding some smart algorithms to it.

Hardest part of this is admitting you had bad information - or an early render. I've seen the Moto X4 final design - it is indeed this one. pic.twitter.com/lHsaLWtckK

Blass’ render shows only the top part of the device, but the design seems quite similar to Motorola’s current devices. You can see the round and slightly bulging camera module, and what seems like a metallic back.

The Moto X4 is expected to have a 5.2 inch display and Android 7.1.1 Nougat, along with 12MP and 8MP camera sensors on the back. The device is said to sport a 16MP front camera, and at least 64GB of storage space. Motorola chipset of choice here is apparently the new Snapdragon 630 from Qualcomm.