All three 2019 iPhones will come with the square camera bump, CAD renders confirms

The iPhone 11, iPhone 11 Max and the iPhone 11R will have the square camera bump located on the top right corner on the rear panel. 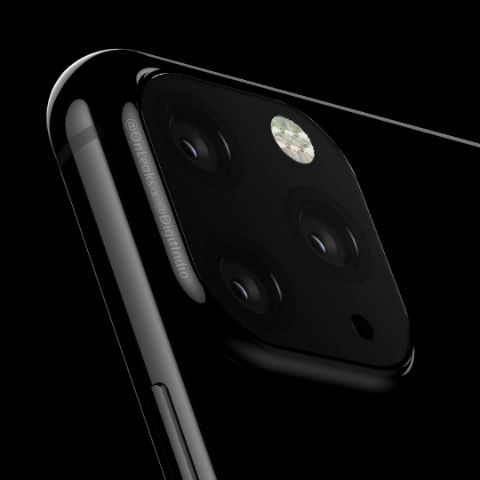 All three 2019 iPhones will come with the square camera bump, CAD renders confirms

The 2019 iPhones have once again surfaced online, this time with CAD renders that confirm the rather large square camera bump that will be present in the entire line-up of devices. The CAD renders are one of the many leaks and renders that have been released regarding the iPhone XI or whatever it is that Apple may decide to call the series.

All the three upcoming iPhones — the iPhone 11, iPhone 11 Max and the iPhone 11R — will have the square camera bump located on the top right corner on the rear panel. The renders were first spotted on Slashleaks. They once again confirm that the iPhone 11 and the iPhone 11 Max will come with a triple-camera setup on the back, which will be a first for an iPhone, but not for smartphones in general. And while it’s not confirmed what the third camera will do, it’s liklely to be an ultra-wide camera, which will be present along with the regular wide-angle lens and telephoto lens. The square camera bump will also house the flash unit.

The CAD renders also reveal the front fascia of the iPhones. All of them look quite identical to each other. The wide notch is not going away anytime soon, and based on previous rumours, the premium models might come with a dual camera unit on the front.

While the barrage of leaks and renders have more or less confirmed the design of the upcoming iPhones, nothing is quite certain as of now. Apple likes to keep things under wraps, unlike Google, which chose to confirm the upcoming Pixel 4’s design a day after it was leaked. So we would recommend you take this information with a pinch of salt.

To recall, Digit.in brought the first renders of the 2019 iPhones out in the open. It showed the same square camera bump positioned on the top corner housing what seemed like a triple-camera unit. Back then, we revealed it was still in the Engineering Validation Test stage. As the launch date draws closer, some of the things have changed. For instance, the camera arrangement now resembles the Huawei Mate 20 Pro a lot. Furthermore, the mute switch on the side is now a tiny round button instead of the slider.