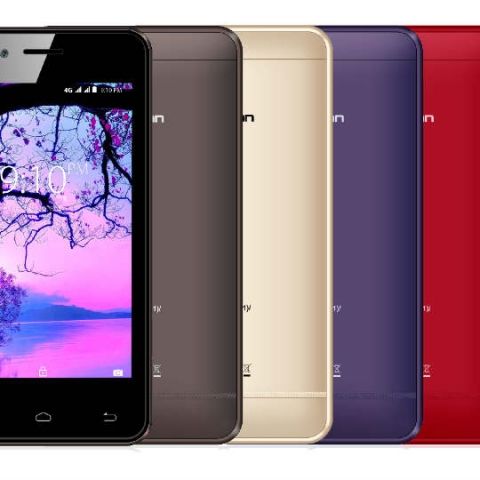 Bharti Airtel has announced a partnership with Karbonn Mobiles to offer the Karbonn A40 Indian at an effective price of Rs 1,399, as opposed to its original price of Rs 2,899. The partnership between Airtel and Karbonn is part of Airtel’s ‘Mera Pehla 4G Smartphone’ initiative, "which is aimed at enabling every Indian to buy a 4G smartphone and get on to the digital superhighway," as per the company. The offer from Airtel comes at a time when the JioPhone 4G feature phone from Reliance Jio has barely started shipping.

The Karbon A40 is a 4G smartphone, not a feature phone, with which Airtel is bundling its data and calling services to counter the demand for the JioPhone . Airtel is touting the new scheme as "4G smartphones for the price of a feature phone," and has said that it will be entering into more such partnerships with smartphone manufacturers to make 4G smartphones available at attractive low prices. "Airtel will partner with multiple mobile handset manufacturers to create an ‘open ecosystem’ of affordable 4G smartphones and bring them to market for virtually the price of a feature phone," Airtel writes in a press release. All smartphones under Airtel's ‘Mera Pehla 4G Smartphone’ programme will be available at leading mobile stores across the country. After sales support for the devices will be provided by the handset manufacturers through their service network.

The Google Certified – Karbonn A40 Indian has a full touch screen plus dual SIM slots, and offers complete access to all apps on Google Play Store, including YouTube, Facebook and WhatsApp. The 4G smartphone is bundled with a monthly pack of Rs 169 from Airtel, which offers  data and calling benefits. Customers needs to make a down payment of Rs 2,899 for the 4G smartphone and consecutively make 36 continuous monthly recharges of Rs 169. The Rs 169 recharge will give customers unlimited calling and 0.5GB of data per day for a validity of 28 days.

Raj Pudipeddi, Director – Consumer Business & CMO, Bharti Airtel said, “As the market leader and pioneer of 4G services in India, Airtel’s aspiration is to digitally empower every Indian with high speed data access. We are delighted to partner with Karbonn to remove barriers to smartphone adoption and enable millions of Indians to leapfrog to a full touchscreen smartphone experience. We plan to partner with multiple manufacturers to bring affordable smartphone options to the market and build an ‘open ecosystem’ of low cost devices. This is yet another step in our ongoing journey to deeply understand customers and bring innovation that delights them.”

As far as the specs of the Karbonn A40 Indian are concerened, it comes with a 4-inch touchscreen, Android 7.0 Nougat, 1.3 GhZ processor, 1400 mah battery, 1GB RAM, 8GB storage expandable to 32GB and dual SIM slots. For connectivity, the smartphone will support 4G/3G/2G with added support for Airtel VoLTE. The phone supports 22 Indian languages and will also come pre-loaded with Airtel's apps such as MyAirtel, Airtel TV and Wynk Music.

Further, unlike the JioPhone, ownership of the Karbon A40 Indian will remain with the user, and there is no need to return the device to Airtel or Karbonn to claim the refund benefits. Those interested can head to Airtel's 4G phone page to know more about the offer. Customers should also note that there are a limited number of handsets available at Karbonn retail stores.