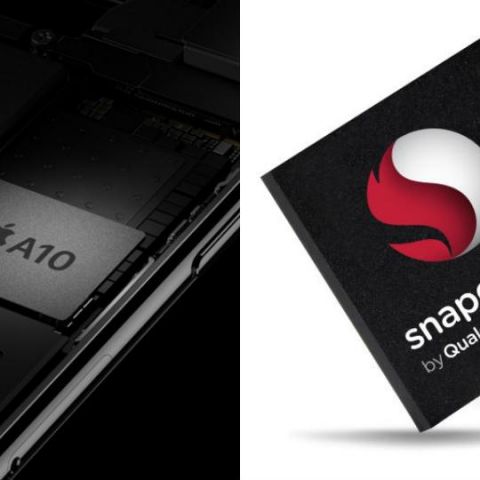 Google recently announced their new flagships – the Pixel X and XL and early benchmark scores are making their way onto the Internet already. Looking at the Geekbench 4 benchmark scores, the iPhone 7 and 7 Plus straight away overtakes the Google Pixel XL in single and multi-core tests. Basically, Apple’s A10 Fusion processor outperforms the Snapdragon 821 in both the Geekbench 4 tests. In fact, even the older A9 processor found on the iPhone 6s and 6s Plus performs better than the Pixel XL.

Before jumping into the scores, let’s get out the relevant specifications. The Google Pixel XL is running on Qualcomm’s Snapdragon 821 manufactured by Samsung, which is a quad-core processor running four of their custom built Kryo CPUs. It’s designed with a 64-bit architecture using 14nm FinFET process technology, capable of reaching clock speeds of up to 2.4GHz. Whereas Apple’s A10 Fusion processor is manufactured by TSMC with a 64-bit architecture and 16nm process technology. It’s also a quad-core processor but only two of them are high-performance cores, reaching a clock speed of 2.34GHz.

One important thing to note is that the clock speed mentioned in the benchmark is lower than the one specified by Google’s specs. So, it would be unfair to conclude that the A10 processor performs better than the Snapdragon 821 until this particular aspect is clarified by Google