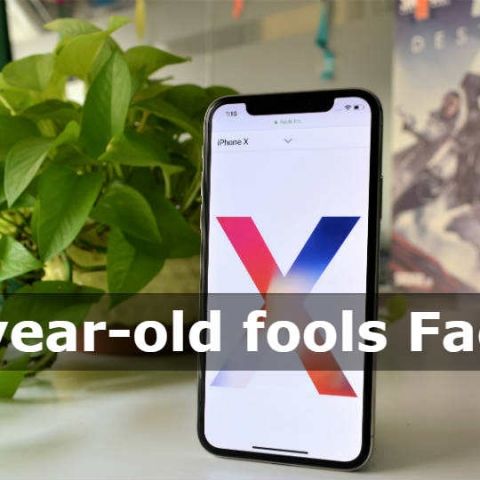 It seems like the iPhone X’s Face ID feature may not be as secure as Apple would prefer. Soon after a Vietnamese security firm claimed to have fooled the feature using a 3D mask, a 10-year-old managed to do the same with this mom’s smartphone. It seems you just need to resemble the user in order to gain access to the smartphone, regardless of age or gender.

Attaullah Malik posted a video on YouTube showing his 10-year-old son unlocking his Wife’s iPhone X that has her face registered. A Wired report on the video states that the couple jokingly told their son that was no way he was going to gain access to the device, and were quite surprised when the device unlocked when the boy looked at it. Malik told the publication, “It was funny at first, but it wasn't really funny afterward. My wife and I text all the time and there might be something we don’t want him to see. Now my wife has to delete her texts when there's something she doesn’t want Ammar to look at.”

Family resemblance seems to be a tricky thing for Face ID to get around. The feature also seems to have trouble with differentiating between twins (such as this one posted by Mashable). There are already many videos on YouTube, which suggest that the security feature cannot distinguish between identical twins. During his presentation, Apple’s Phil Schiller had stated that the chances of anyone else managing to unlock a user’s iPhone X was one in a million.

A few days ago, Vietnamese security firm, Bkav claimed to have fooled Apple’s Face ID by using a 3D printer to create a mask. The skin of the mask was hand-made in order to trick Apple’s AI. Bkav also said that since Face ID can be fooled via a mask, it isn’t an effective security feature.

You can read your first impressions of the Apple iPhone X here.