According to a video by YouTuber Dave Lee, the chassis on the new MacBook Pro is not able to cool the processor properly, with the chipset not able to maintain its base clockspeed of 2.9GHz. 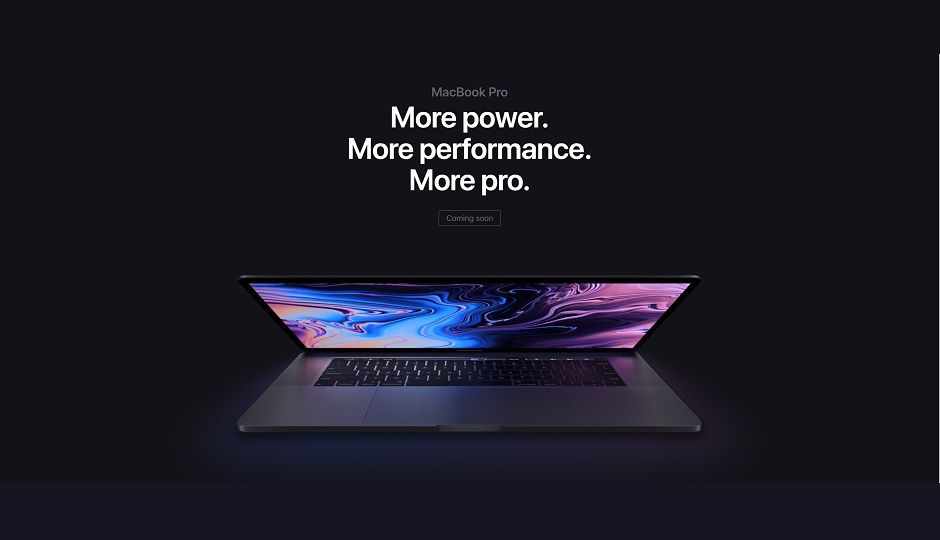 Last week, Apple unveiled new versions of its MacBook Pro laptops with new and improved features. The most notable being the introduction of new 8th Gen Intel Core processors, including Intel’s top-of-the-line Core i9 processors. However, it seems like those planning to buy the top variant of the MacBook Pro with that particular processor may have to deal with a lot of thermal throttling.

YouTuber, Dave Lee posted a video in which he reviews the top-of-the-line 15-inch MacBook Pro with an Intel Core i9 processor that is supposed to offer a base clock speed of 2.9GHz. However, Lee notes that while the i9 is a very powerful CPU, the chassis used on the MacBook Pro is not able to cool the processor properly. He says that just after a “few seconds” of using Adobe Premier, the clock speed of the MacBook Pro dropped to an average of 2.2GHz. He compared the same to a Gigabyte Aero 15X that runs a 2.2GHz Intel i7 processor and noted that the machine could get an average clock speed of 3.1GHz thanks to Turbo Boost.

The fact that the the Intel Core i9 can’t even reach its base clock speed in the MacBook Pros chassis means that the potential of the chipset is being wasted. Lee also ran Adobe Premier while placing the machine in a freezer and noted that the rendering time went down from 39 minutes and 37 seconds, to 27 minutes and 18 seconds. Lee also adds that while other Macs as well as PCs also show signs of thermal throttling, this degree of throttling is “unacceptable”.