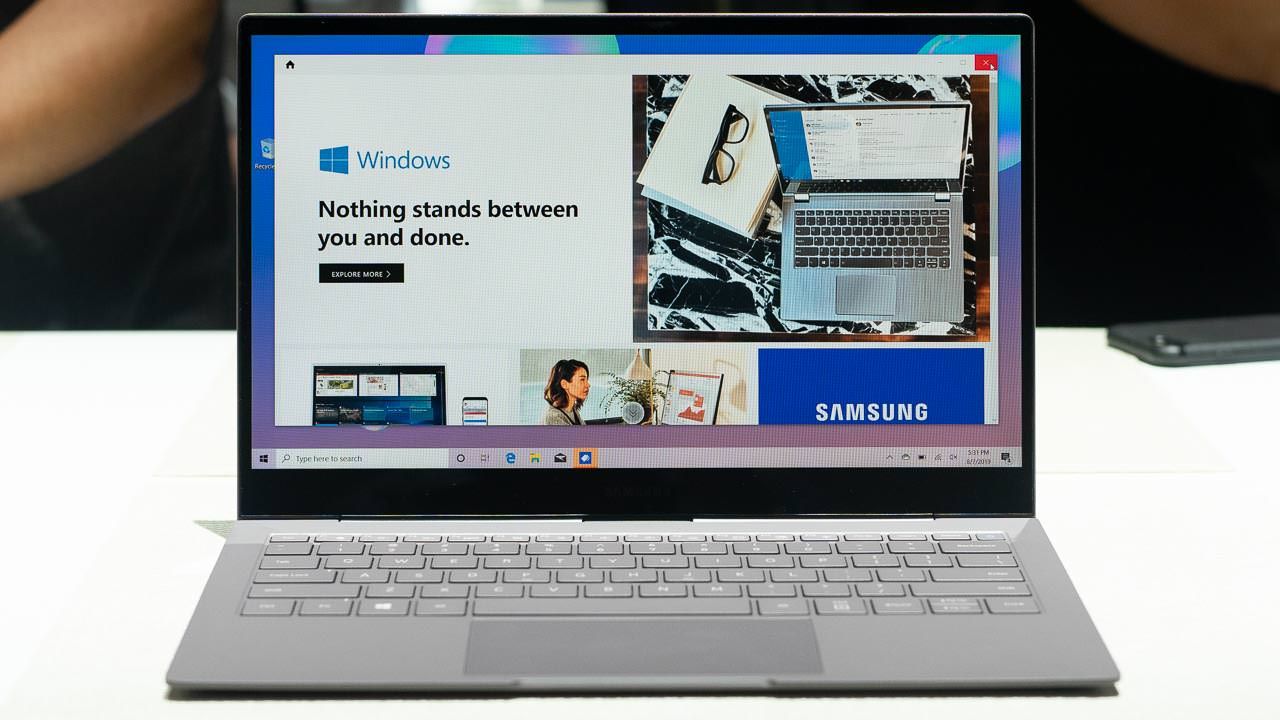 The Samsung Unpacked 2019 even in Brooklyn gave us the much anticipated Galaxy Note10 and Note10+ but one of the more exciting announcements belonged to the Galaxy Book S. Based on ARM tech, the laptop comes with built-in LTE connectivity, but the real kicker is that Samsung says this laptop lasts a whopping 23 hours on a single charge. Priced at $1000 (Rs 70,851), the Galaxy Book S does not come with a detachable tablet section though.

When it comes to hardware, the Galaxy Book S is equipped with a multi-core Qualcomm Snapdragon 8CX processor. This is the first real device that is powered by the CUP in question so we will finally be able to put the processor through the paces once we get our hands on it. The Qualcomm Snapdragon 8CX comes with eight cores along with a 2.84GHz max clock speed. The Galaxy Book S is rather compact with a 13-inch full HD screen. It also comes with AKG stereo speakers as well as 8GB RAM, along with 256GB or 512GB of internal storage and a microSD card slot.

From what Samsung has announced, and our first impressions, we can expect the Galaxy Book S to give its users a seamless, mobile-integrated experience. Namely, its Touch-to-Wake features. The laptop weighs in at about 960 grams so it is incredibly light and lends itself to a comfortable, portable experience. The Book S is also going all in with integration into Microsoft’s Your Phone app. This will help users transfer data across devices as well as synchronize all your emails and such between the Book S and your smartphone.

Samsungs tells us that the laptop can last up to 23 hours on a single charge but we will only be able to test this claim once we get our hands on the Galaxy Book S. But, for now, this seems to be a great deal and a timely and smart announcement by Samsung.