Realme Book price leaked on Twitter via Chinese poster. The upcoming laptop is a thin and light device with a 14-inch 2k screen. 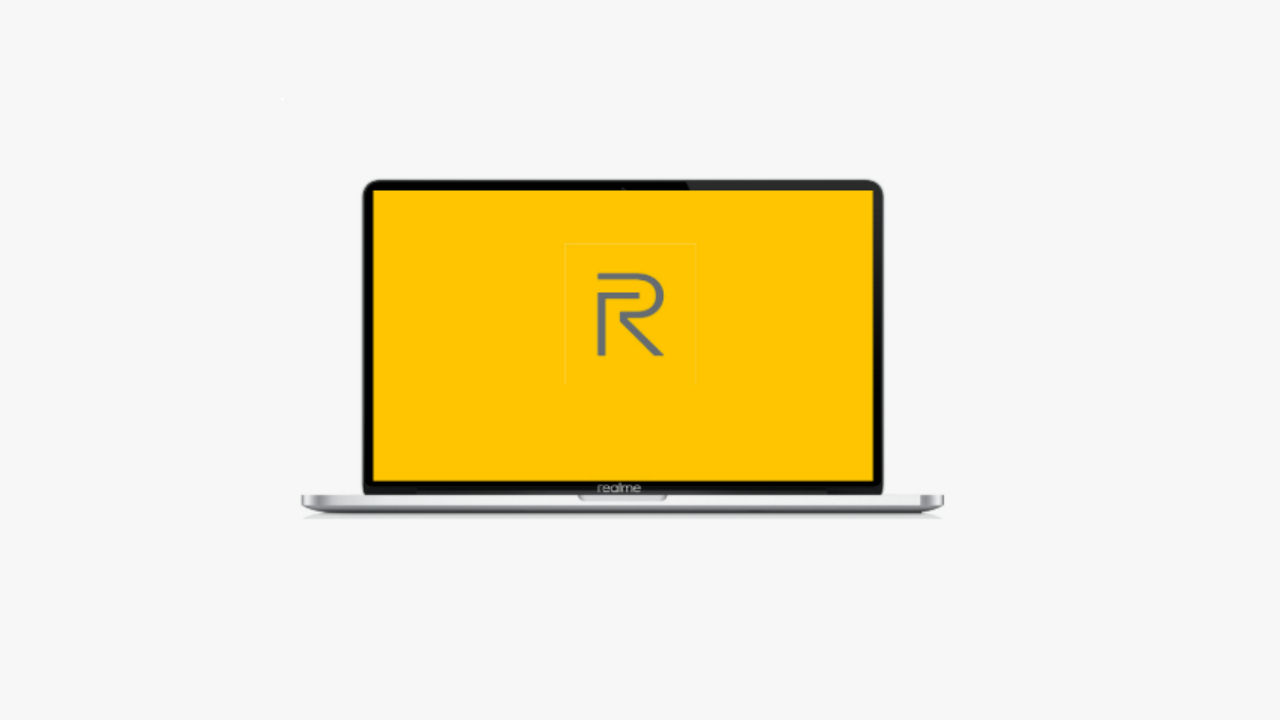 Realme is tipped to launch its first laptop soon and it looks like we may have gotten an idea of its expected price. Twitter user, @TechTipster_ leaked the price of the upcoming Realme book online. The 11th Gen Intel Core-i5 1135G7-powered Realme Book is tipped to be priced at Rs 53,833 (4699 CNY). The Realme Book price information leaked through a retail poster in China. The Chinese poster also confirms additional specs including its speaker setup, battery life, etc.

As mentioned earlier, Realme Book is the first computing device from the smartphone maker to launch in India. Upon first look, it seems like a thin-and-light productivity/office laptop with aesthetics similar to an Apple Macbook. 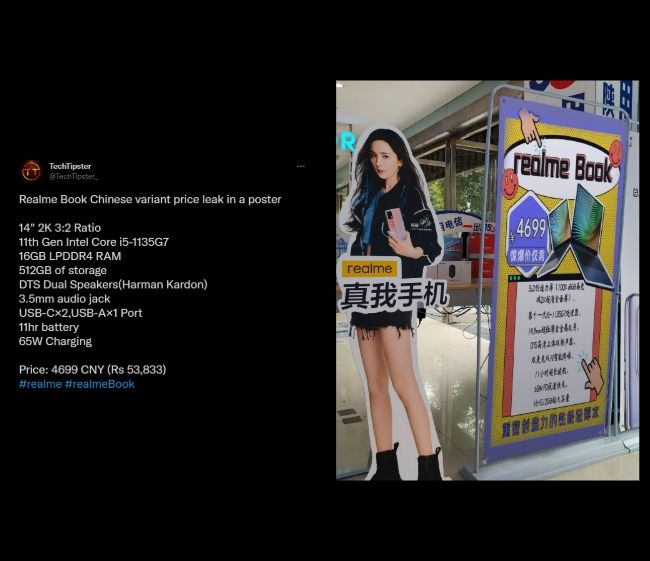 The leaked priced of the Realme Book at Rs 53,833 is in line with other popular devices in this segment. Therefore it'd be interesting to see how it establishes itself after launch. As per leaks, the specifcations of the Realme Book include the already mentioned 11th Gen Intel Core-i5 1135G7 quad-core processor, 16GB LPDDR4 RAM, and 512GB storage. The upcoming Realme laptop also comes equipped with DTS dual speakers powered by Harman Kardon for a better sound experience. The laptop features a 14-inch, 2k display with a 3:2 aspect ratio.

The power button on the Realme Book also doubles up as a fingerprint reader for ease of usage. In terms of I/O, the laptop has two USB Type-C, a USB Type-A port, and a 3.5mm headphone jack. The leak suggests 11 hours of battery life along with 65W battery charging capabilities. As per a report, the Realme Book will launch on August 18.