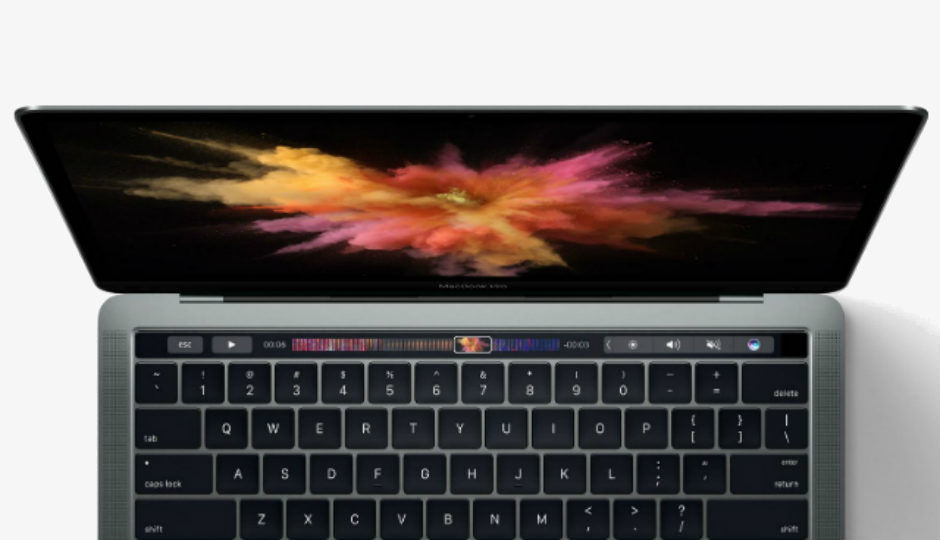 Prices for the new Apple MacBook Pro have been listed on Apple's India website. Of the five new variants of the new Apple MacBook Pro, one comes without the new contextual Touch Bar, and is priced at Rs. 1,29,900 (MSRP). It is powered by a dual-core 6th Gen Intel Core i5 processor clocked at 2GHz, with 8GB DDR3 RAM, 256GB PCI-e SSD storage and a 13.3-inch Retina display. The Touch Bar variants of the new 13-inch MacBook Pro are priced at Rs. 1,55,900 and Rs. 1,72,900, and are both powered by 6th Gen Intel Core i5 processors clocked at 2.9GHz. The prices differ with storage space, with the former housing 256GB SSD storage, and the latter housing 512GB storage.

Meanwhile, the two 15-inch MacBook Pro are priced at Rs. 2,05,900 and Rs. 2,41,900 respectively. Both come with 15.4-inch Retina displays, and the less expensive variant is powered by a 6th Gen Intel Core i7 processor clocked at 2.6GHz with 6MB L3 cache, and the more expensive variant is powered by the 6th Gen Intel Core i7 processor clocked at 2.7GHz and 8MB L3 cache. Both house 16GB of DDR3 RAM, and while the former houses a 256GB SSD, the latter houses a 512GB SSD. Both the 15-inch MacBook Pro laptops house AMD Radeon Pro 455 dedicated graphics with 2GB of GDDR5 memory. There are four Thunderbolt ports in each with multiple functionality support, and the Touch Bar with Touch ID integration is the most significant upgrade here.