An article describing the June release of Nvidia's DX 11 solution for laptops, in the form of the mobile Fermi GPU, the Nvidia GeForce GTX 480M. 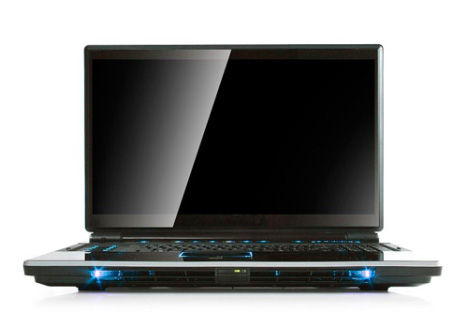 You all might have been wondering when Nvidia would bring a DX11 solution for laptops. Well, if specifications of the X8100 Leopard notebook revealed by European computer manufacturer, Eurocom, are to be believed, you will be seeing Nvidia’s DX11 laptop solution in the form of a Fermi chip, releasing sometime around June.

These are the words responsible for the leak: “World's first workstation class 18.4-inch notebook with both HDMI-in and HDMI-out ports, powered by Intel PM55 chipset and by the fastest Intel i7 Mobile processor with Nvidia's GeForce GTX 280M, GTX 285M or GTX 480M running in single or SLI mode operation, or by the Quadro FX 2800M or Quadro FX 3800M GPUs.”

The move is quite a shocking one, as we all know the power-hungry nature of the GTX 480. The laptop variant, GTX 480M, will undoubtedly be streamlined for the size, heat, and power limitations of a laptop, but the massive 100W rating (whether that is power or TDP is yet unknown) specified is certainly no small energy footprint. It will use the MXM 3.0b interface, which will give the 2GB GDDR5 memory of the GTX 480M a 256-bit interface to work with. The GTX 480M GPU option will also be available on the Cheetah, Panther and Leopard "desktop replacements" from Eurocom.

So while this information has not yet been confirmed by Nvidia, you can thank Eurocom for letting you know that a Fermi GPU for laptops is certainly in the offing. 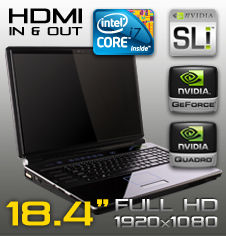