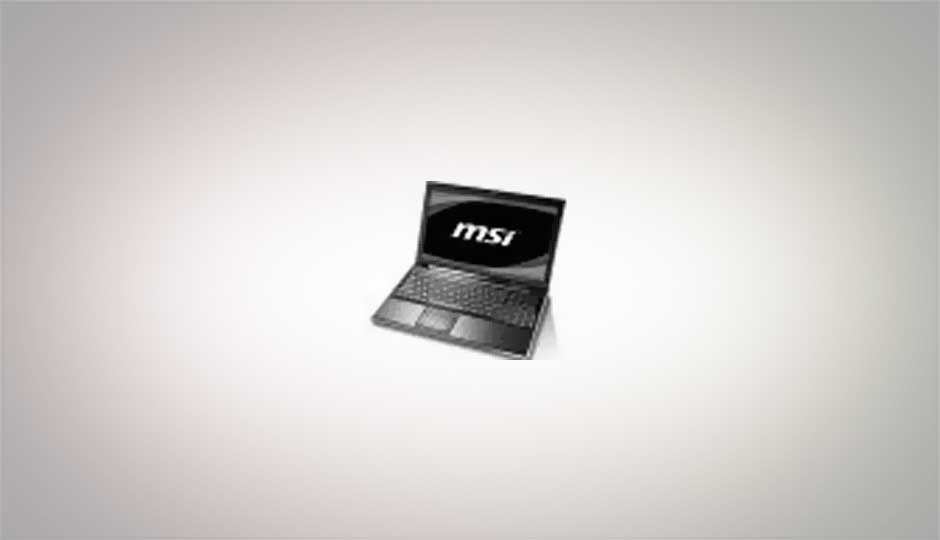 Micro Star International (MSI), the Taiwanese laptop manufacturer, launched its F Series of laptops FX600, FX400 and FR600 today in Mumbai. The new line-up was unveiled by top model Nethra Raghuraman in the presence of Tony Yang, Managing Director, MSI India and Frank Hsu, Product and Marketing Director, MSI. With the F-series MSI has introduced an industry first in the form of Intel Wireless Display (WiDi) technology which allows you to stream videos, photos and music from your laptop to your digital TV using an adapter.

This new series of laptops is targetted at fashion-conscious individuals. Speaking about the series, Tony Yang said, “The innovations that characterize the F-series notebooks are not only restricted to fashionable exteriors; rather, they also offer the user an awesome multimedia experience. MSI has worked in close collaboration with internationally renowned sound system experts from Dynaudio and THX to design the F-series notebooks, so that they are powerful and offer amazing sound.”

A lot of importance has been given to user experience in the F-series. Taking us through the feature sets Frank Hsu stressed on important features of sound and video. F-series supports THX audio technology – which is a Hollywood cinema audio standard – which gives you a 7.1 channel surround sound. There are some interesting features like Dialogue Pass, which enhances voices in movies so that you are able to hear the dialogues clearly; Smart Volume adjusts the loudness of your audio to avoid sudden changes in volume output.

Some other interesting features to look forward to in this series include an HD webcam which allows you to shoot 720p videos, a big move up from the standard 1.3MP resolution. The F-series notebooks come with Intel Core i3 and Core i5 processors. It also bundles in USB 3.0 drives, which is a welcome addition. MSI Turbo Drive Engine technology allows you to overclock your processor and enhance CPU and memory performance by the press of a hotkey.

The F-series notebooks will be priced between Rs. 37,000 and Rs. 53,000 depending on the model and configuration.