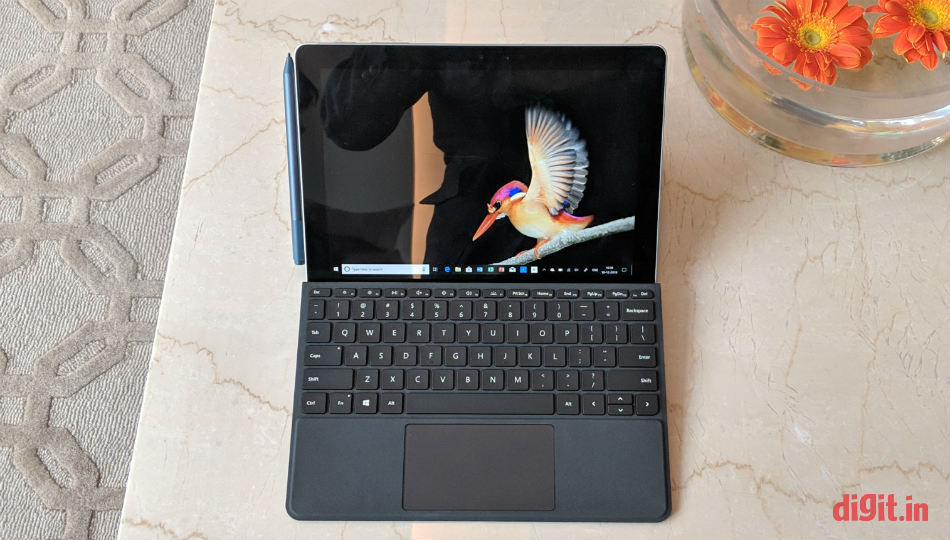 The Microsoft Surface Go is now available in India exclusively via Flipkart. The 2-in-1 computing device was originally launched in July of 2018, with a consequent announcement for the Indian market in December 2018. On January 2, the product finally went up for purchase and its starting price tag for the Windows tablet/computer in India is Rs 38,599.

Flipkart had been accepting pre-bookings for the Surface Go for the last 2 weeks. The device is supposed to be Microsoft’s cheapest computing device, powered by an Intel Pentium Gold 4415Y CPU. It comes in multiple configurations, with up to 8GB RAM and up to 128GB of onboard storage. The 10-inch PixelSense display features a 3:2 aspect ratio with a resolution of 1800x1200 with support for 10-finger multi-touch. The display is protected by Gorilla Glass 3.

The base variant of the Surface Go, which costs Rs 38,599, comes with the same Intel Pentium Gold processor, but with 4GB RAM and 64GB of onboard storage. This configuration costs $399 (roughly Rs 28,000) in the U.S. but has a slight markup in India. This is most likely due to the import duties levied on the device, which is not manufactured here. The top-end configuration will cost you Rs 49,999 (8GB RAM, 128GB storage), while the same tablet will cost you $549 in the U.S.

The Surface Go comes with support for Microsoft’s specially designed keyboard, Surface Connect and even the Surface Dial.