The Microsoft Surface Book 2 starts at Rs 1,37,999, whereas the Surface Laptop starts at Rs 86,999. Both devices will be available on Flipkart, Paytm, Amazon, Croma, Reliance Digital and Vijay Sales starting today. 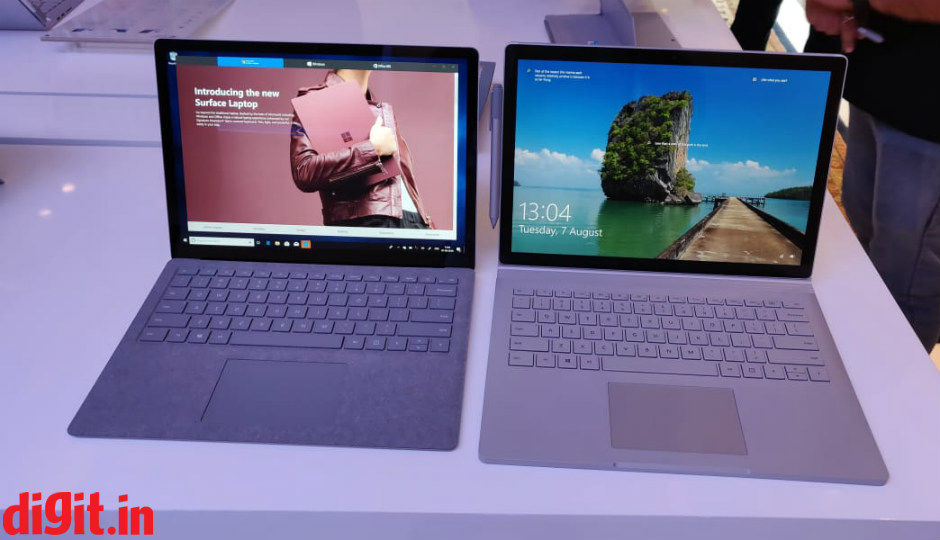 “Surface embodies Microsoft’s mission to empower people to do more. Globally and in India, it’s encouraging to see the rapidly growing Surface community in, both, consumer and enterprise. Surface Book 2 and Surface Laptop have created new benchmarks in style, speed, security and enabling creativity. Today, we are excited to launch these innovative devices in India”, said Anant Maheshwari, President, Microsoft India.

Let’s break down the specs and variants of the Surface Book 2 and the Surface Laptop for you.

The Surface Laptop comes bearing a 13.5-inch Pixelsense display, with 3:2 aspect ratio. It weighs about 1.2kg and is 9.9mm thick. The laptop does not have a kickstand or a detachable display, so it has no foldable gimmicks at all. The laptop uses the same trackpad as the Surface Book and a fabric-based Alcantara keyboard deck, also seen on the Surface Pro.

In terms of specs, the Surface Laptop comes with Intel’s Core i5 and i7 Kaby Lake processors and offers up to 1TB PCI-e SSD storage. On the ports front, the Surface Laptop sports a mini-DisplayPort, a USB-A port and Microsoft's proprietary power connector that you may have seen on other Surface devices.

Microsoft claims the Surface Laptop can run for over 14.5 hours of usage and during its global launch back in May, Microsoft had mentioned that it offers more battery life than “any Macbook” out there. That could have changed now with the addition of the new MacBook Pro line-up, which comes with upped battery capacity to support the updated CPUs and RAM. 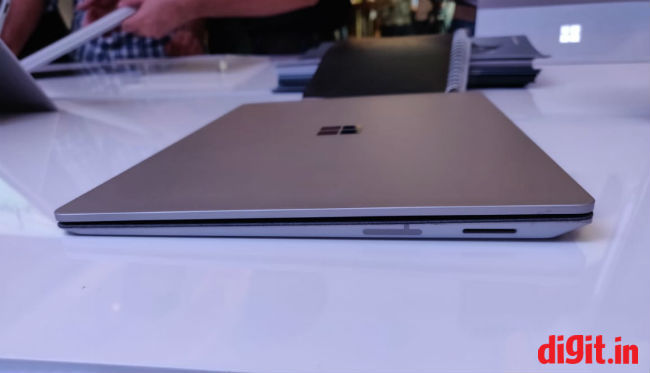 The touchscreen display on the Surface Laptop is compatible with the Surface Pen and Surface Dial as well, and the Dial can work contextually with different apps.

Here are all the configurations for the Surface Laptop available in India, with their corresponding prices.

These prices are inclusive of GST. The Surface Laptop is now available for retail purchase in India on Amazon, Flipkart, Croma, Reliance, Vijay Sales, and other authorized retailers in India.

Microsoft has unveiled the second generation of its Surface Book device, called the Surface Book 2, in India. Unlike the Surface Laptop, the Surface Book 2 is flexible and can be used as a tablet, a tent or a traditional laptop thanks to its Muscle Wire hinged display design. The device comes bearing a silver magnesium case and its keyboard uses LED backlit keys to ease low-light usage.

The device is available in two variants, one with a 13.5-inch 3000 x 2000 PixelSense display and the other with a 15-inch  3240 x 2160 PixelSense display. Both the displays sport 10-point multi-touch capacitive screens alongside a 3:2 ratio, instead of the traditional 16:9.  The Surface Book 2 is available with up to 8th Generation Dual-Core or Quad-Core processors and up to 16GB of RAM. Consumers also have the option of getting up to an Nvidia GeForce GTX 1060 graphics and and up to 1TB of storage. As per Microsoft, the Surface Book 2 can achieve 1080p PC gaming at 60 FPS. 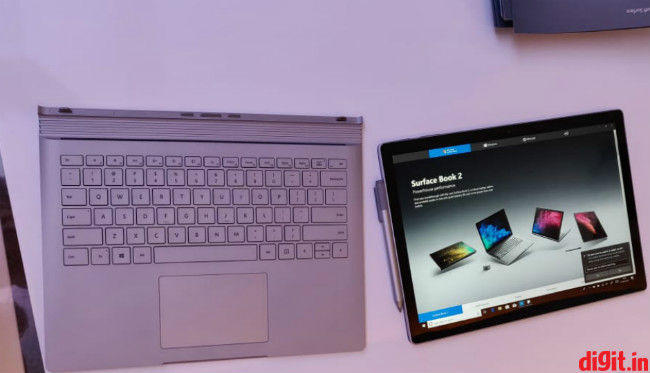 Microsoft claims that the new Surface Book 2 can offer up to 17 hours of battery life. The company also says that the device is equipped with a 70% bigger battery than the older 13-inch MacBook Pro. In terms of ports, the Surface Book 2 consist of two USB 3.0 (5 Gbps) Type-A, and one USB Type-C ports. It even has a UHS-II SDXC card reader and a 3.5mm headphone jack.

Following are the available configurations for the Microsoft Surface Book 2 in India, alongside their prices which include GST. The Surface Book 2 is also available for retail purchase in India starting today, on Amazon, Flipkart, Croma, Reliance, Vijay Sales, and other authorized retailers.