Microsoft is holding an event on October 2, 2019 in the New York City. 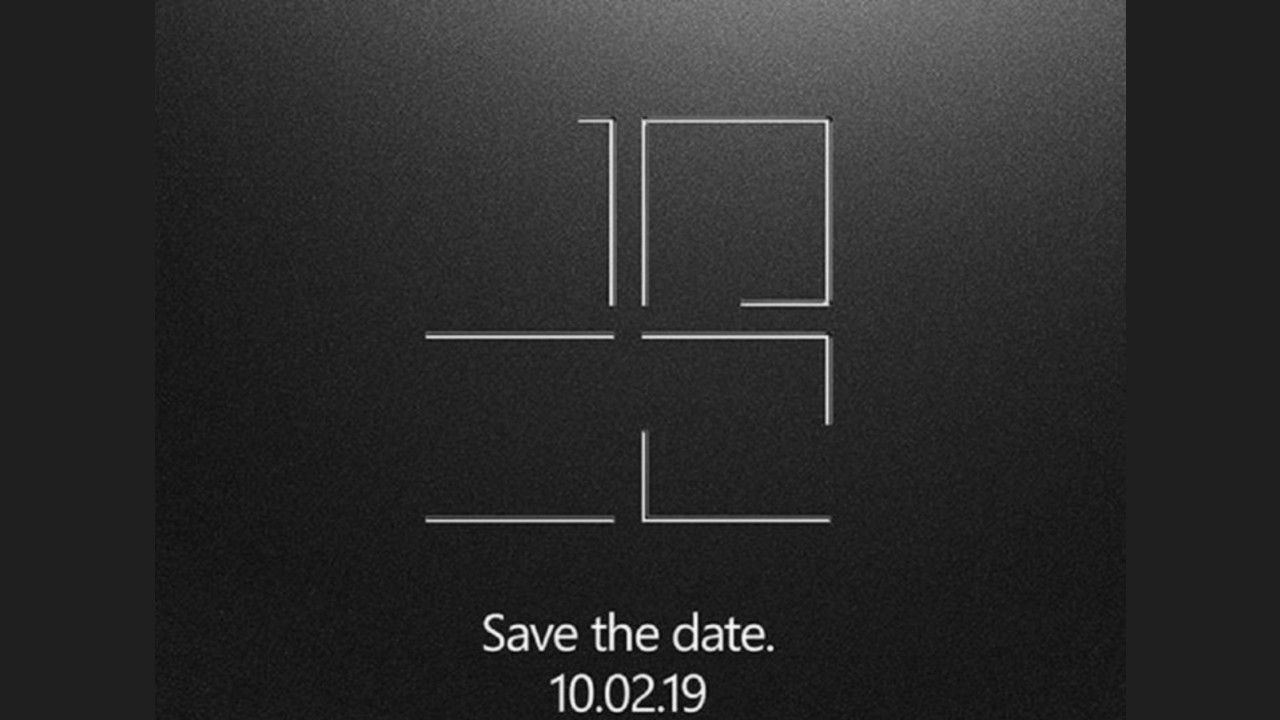 Microsoft has sent out press invites for their next event, which is scheduled for October 2 in New York City. Interestingly, Microsoft released the 2018 Surface devices on the same day last year. Hence, we are expecting to see the Surface Laptop 3, Surface Pro 7, and Surface Book 3 on October 2, 2019.

The tech giant is also rumoured to announce a dual-screen Surface device, codenamed Centaurus. The device has been reportedly in development for two years now. Other rumoured hardware announcements include Surface earbuds, and new keyboards with a dedicated Office button taking the place of the right-hand Windows key. We might also hear something about the next Windows 10 update at the event.

The new Surface devices are on the production line, and these updates are most likely to be minor refreshes to the current Surface product line.

The Surface Pro lineup has been one of the best available 2-in-1s in the market for sometime now, and Microsoft would like to maintain that. While not much is known about the Surface Pro 7 right now, there is a possibility of an LTE variant that's powered by a Snapdragon 8cx processor. The ARM LTE variant will be offered alongside the Intel 10th-generation options. Also, USB-C could make its way to the Pro lineup. However, Thunderbolt 3 will not be present.

Coming to the Surface Book 3, just like the Laptop and Pro lineup, it is not expected to have any design changes. After all, why fix what’s not broken. The new Surface Book is tipped to have internal specification updates to 10th-generation processors.

The Microsoft Surface Go is over a year old now, and an update is due for the budget Surface device as well. While we have not heard anything about a new Surface Go from the rumour mill, the 2nd generation Go is speculated to have smaller bezels, and ARM processors. However, it is unlikely to show up in the upcoming event.

Microsoft Centaurus, a dual screen foldable tablet/laptop can be skipped. This is because it is reported to run Windows Lite, which appears to not be ready for prime time yet. However, we are expecting Microsoft to briefly tease the device.

Windows Central says, “Microsoft showcased this device to multiple employees at an internal all-hands meeting earlier this year, which is very unusual for the company. The Surface team is notorious for keeping projects secret, even from others within Microsoft. Centaurus being shown off on stage internally to employees makes me think Microsoft wants this device to be announced sooner rather than later.”

On the accessories front, as mentioned earlier, Microsoft could announce new keyboards with a dedicated Office button taking the place of the right-hand Windows key. A new pair of Surface earbuds, codenamed Morrison might be announced as well.

Moreover, rumours suggest that Microsoft is planning to announce “Teams For Life,” a new version of Microsoft Teams for consumers.