Meet the Acer Swift 7 and Predator 21X, the super slim and super powerful laptops from IFA 2016

While the Acer Swift 7 is a super slim 1.1kg laptop, the Predator 21X is an extremely powerful 8kg gaming beast. 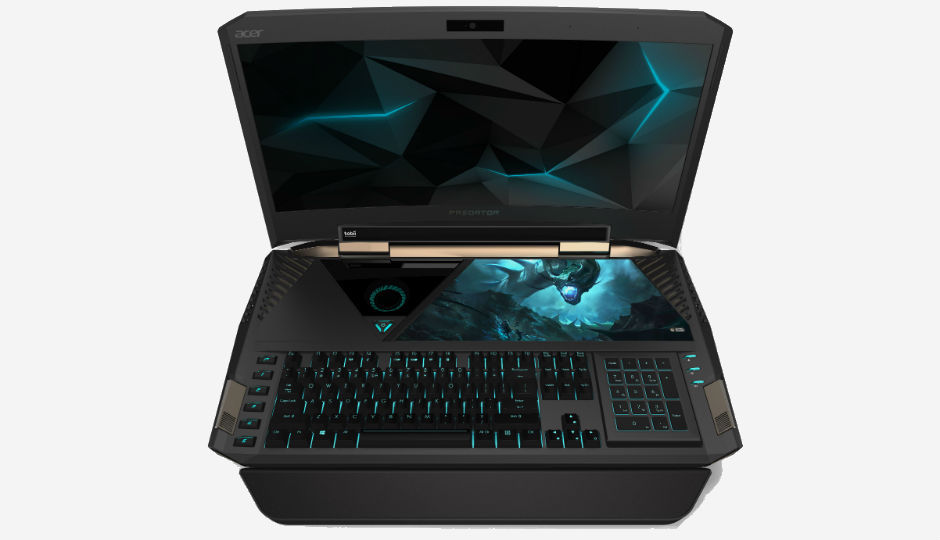 Meet the Acer Swift 7 and Predator 21X, the super slim and super powerful laptops from IFA 2016

The world’s biggest tech show, IFA 2016, has begun earlier today, and Acer has introduced two new laptops. The company has announced the Swift 7, which at 9.98mm, is now one of the the world’s thinnest laptop. On the other hand, the Acer Predator 21X is the world’s first laptop to offer a curved 21-inch display and with dual-NVIDIA GeForce GTX 1080 GPUs meant for serious PC gamers. The Acer Swift 7 will be available in China from September 2016, with prices starting at 6,999 Yuan (Rs. 70,200 approx.). The Predator 21X will go on sale in January 2017.

Both the laptops are powered by 7th gen Intel Core processors. The Swift 7, a 13.3-inch ultrabook, is powered by all-new Intel Y series chips based on the Kaby Lake architecture. The processor is passively cooled, and the whole system is fanless. It features 8GB of RAM and a 256GB SSD. The 13.3-inch display offers a Full HD IPS panel, and Acer has made the entire laptop out of aluminum.

Acer also showcased the touchscreen variant of the Swift 7, called the Spin 7, with a rotatable display. It is slightly thicker, but that gives room for a Core i7 processor and a 14-inch display. The build and design of the Spin 7 is similar to that of the Swift 7.

Acer has also showcased its new flagship Predator laptop, the Predator 21X. This is the first gaming laptop to offer a 21-inch curved G-Sync enabled display with 2560x1080p resolution. Acer hasn't mentioned which particular processor will be employed for this laptop, but has confirmed that it will use 7th gen Intel Core i7-K processors. The graphics are handled by dual-NVIDIA GeForce GTX 1080 GPUs, and for storage, the laptop can take up to 4TB of SSD-based storage. The laptop has 64GB of RAM and a full-sized mechanical keyboard with Cherry MX switches. The 8kg laptop will be cooled by a five-fan cooling system. Acer has also integrated Tobii eye-tracking technology into the laptop, which will let you play selected games more intuitively.