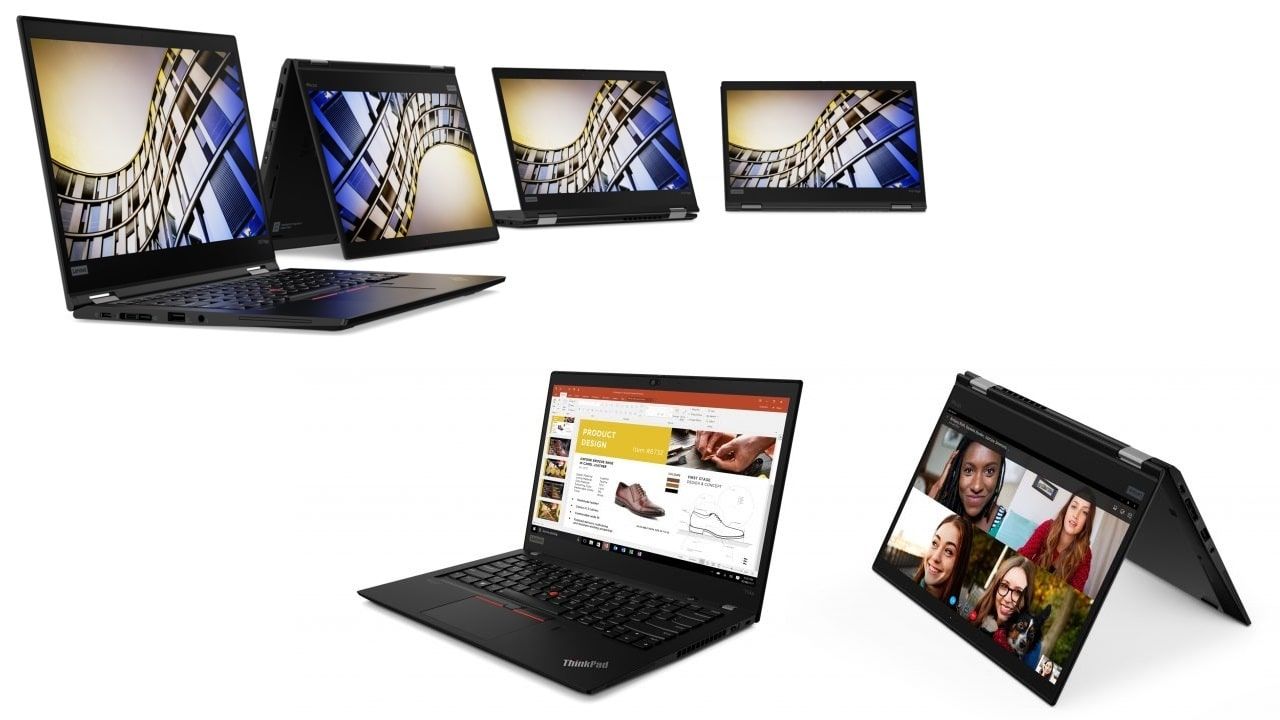 Nearly two months after announcing the updated ThinkPad X1 Carbon and ThinkPad X1 Yoga at CES 2020, Lenovo has announced updated versions of the rest of the models in the 2020 ThinkPad line-up. All in all, Lenovo has announced as many as nine new ThinkPad models across the mainstream T-series, the portable X-series, and the affordable L-series. The updated range of ThinkPads is expected to go on sale globally from the second quarter of this year at a starting price of $649 (Rs 46,475 approx).

The biggest update to the new ThinkPads comes in the form of Intel 10th Gen Core vPro and AMD Ryzen Pro 4000 Mobile processors, which enable Modern Standby for faster resume times from sleep and Wake on Voice. Other features that are now standard across the range include the ThinkShutter physical webcam shutter and dedicated shortcut keys for VoIP calls on the function key row. Optional features include Wi-Fi 6, CAT 16 WWAN, OLED display options with Dolby Vision and UHD resolution, Dolby Audio, and the ThinkShield suite of security solutions, including the PrivacyGuard ePrivacy display.

In the Indian market, Lenovo recently updated its entry-level ThinkPad E-series offerings by replacing the ThinkPad E490/E495 with the new ThinkPad E14. The new model is listed on the Lenovo India website with a starting price of Rs 44,385. The ThinkPad E14 is configurable with up to an Intel 10th Gen Core i7 CPU and 16GB of RAM. It sports a slimmer design and incorporates the new ThinkShutter feature. Though the ThinkPad E14 is currently listed on the Lenovo India website, it is expected to ship only in a couple of months. Will the rest of the newly announced models join in the meantime? Only time will tell.