Toshiba has unveiled four Windows 8 offerings at IFA 2012, the Toshiba Satellite U295t laptop-tablet hybrid, the Satellite U945 and P845 ultrabooks, and the Satellite S955 ultraportable laptop. All four products are expected to launch shortly after Window 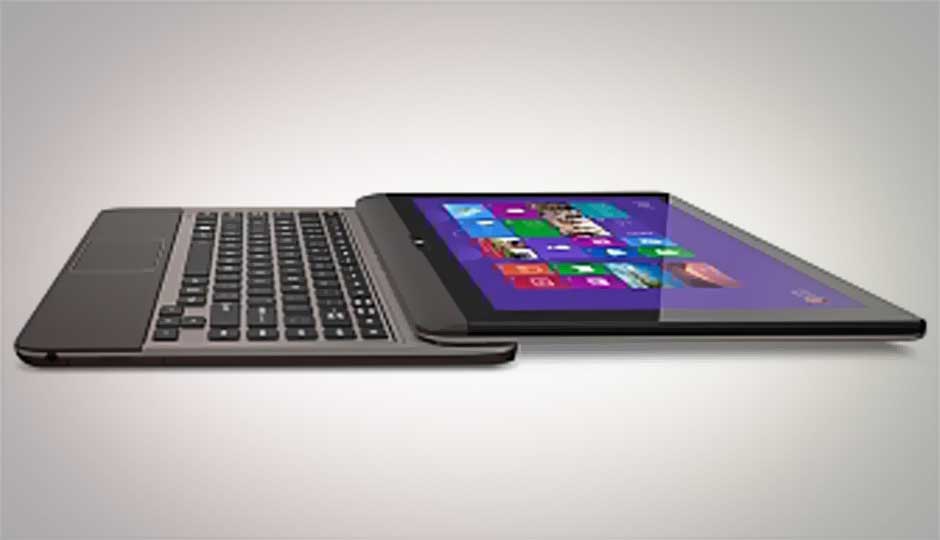 IFA 2012 truly has turned out to be an exposition of Windows 8 devices, from touch ultrabooks to tablets, and all-in-one PCs. So far, we’ve had Dell, HP, Lenovo, Samsung and Sony showcasing their Windows 8 products, and now we have Toshiba joining their ranks. It certainly looks like Microsoft’s new OS is being embraced across form factors by manufacturers, giving consumers a plethora of options, releasing soon after Windows 8’s October release dates.

Toshiba has unveiled four Windows 8 offerings at IFA 2012, the Toshiba Satellite U295t laptop-tablet hybrid, the Satellite U945 and P845 ultrabooks, and the Satellite S955 ultraportable laptop. All four products are expected to launch shortly after Windows 8, in October.

The Windows 8-based Toshiba Satellite U295t laptop-tablet hybrid (seen below) is expected to be priced more than $1,000. Featuring a 12.5-inch Gorilla Glass touchscreen, the 0.8-inch thick Satellite U295t is complete with a full-size slide-out keyboard, and backlit keys. It runs on a Core i5 processor, coupled with Intel HD 4000 graphics and a 128GB SSD for storage. For now, memory specs remain a mystery.

The 14-inch Satellite P845t ultrabook runs on a choice of Core i3 and i5 CPUs, coupled with 6GB of RAM. It features a 750GB hard disk, an HDMI port, three USB 3.0 ports, an Ethernet port, and Intel WiDi. Other features include a 14-inch 1,366x768 pixel display, Harman Kardon sound, as well as Sleep-and-Charge and Sleep-and Music functionality.

The ultraportable 15-inch Satellite S955 laptop (seen below) comes with a choice of Ivy Bridge Core i5 processor or AMD A8 APU. Customers can configure the S955 with up to 8GB of RAM, and up to 750GB of hard drive storage. Other features include a Sleep-and-Charge port, two USB 3.0 ports, one USB 2.0 port, an HDMI port, an Ethernet port, an optical drive, and Bluetooth 4.0 connectivity.