New range rolling out in the U.S. this month, and the global launch should happen soon. 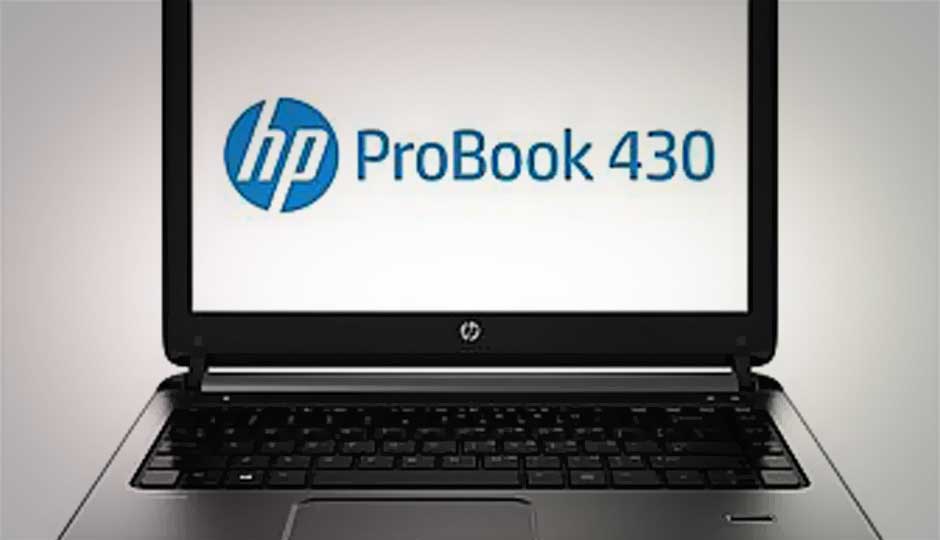 HP has refreshed the ProBook range of notebooks, complete with a thinner and lighter design and a different look. The new models are made of aluminum, with spill-resistant keyboards and a soft-touch finish. The The ProBook 430, 440, 455 and 470 models will be available in screen sizes that range from 13.3-inches to 17.3-inches. However, the really interesting bit about this refresh is that the processor options include Intel’s Ivy Bridge, the upcoming Haswell and AMD’s Richland series.

The HP ProBook 430 will arrive only with Haswell, and should be hitting stores next month. However, the other models will be available with Ivy Bridge, sometime this month itself. The 14-inch and 15-inch versions of the ProBook 440, ProBook 455 and ProBook 470 will also have the option of the AMD Richland chips.

Surprisingly, all the new HP ProBook machines get the displays with the native 1366 x 768 pixel resolution, and quite frankly, Full HD should be the norm now. The 17-inch versions will get the 1600 x 900 pixel resolution. All laptops get the hybrid drive, with the Haswell-based ProBook 430 also getting the optional SSD.

The prices for the new HP ProBook range start at $499, and it will be hitting stores this month itself, apart from the ProBook 430 with Haswell, scheduled for next month. Global launch of this range is expected in the next couple of months.