HP Chromebook 14 with multi-touch display launched in India at Rs 23,990 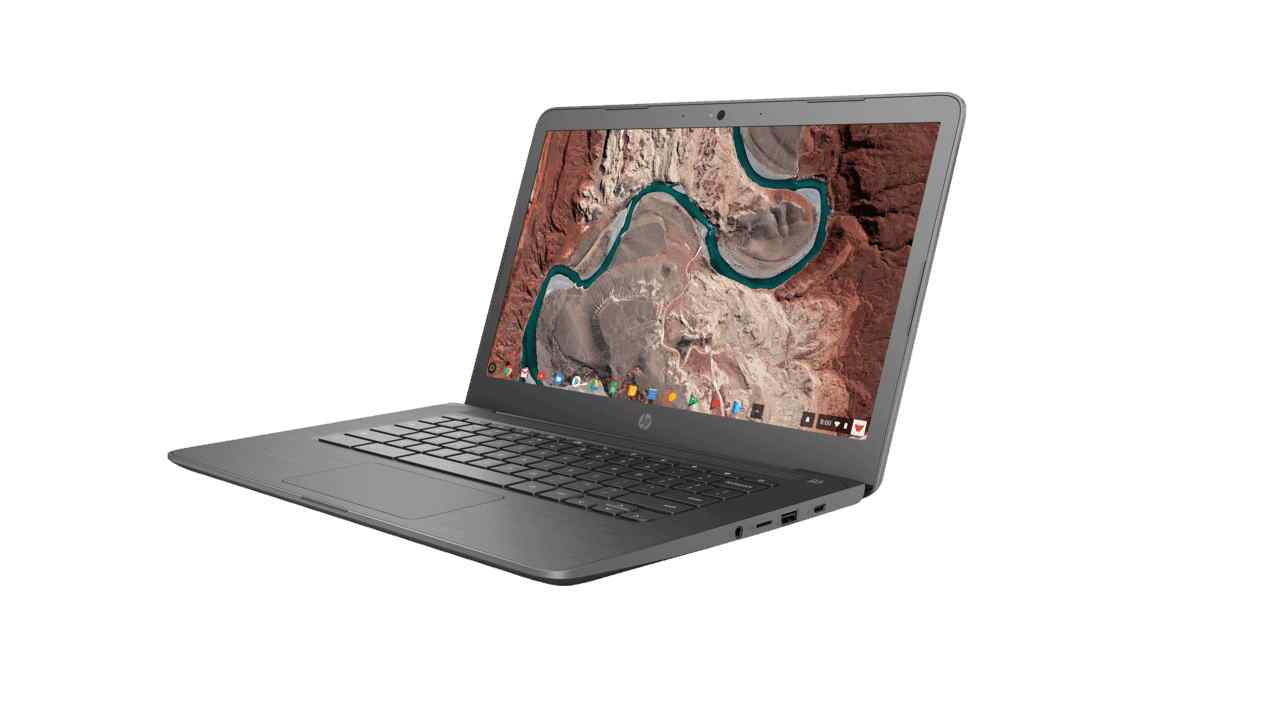 HP Chromebook 14 with multi-touch display launched in India at Rs 23,990

While many other laptop manufacturers may have called it quits in the Indian Chromebook market a long time ago, HP refuses to yield. Just weeks after launching the Chromebook x360, HP has launched the Chromebook 14 series in India. Unlike its foldable x360 counterpart (and many other Chromebooks of the past), the HP Chromebook 14 starts a rather accessible price of Rs 23,990. It is currently on sale on offline and online stores, including HP Online Store, Flipkart, and Amazon.in.

The HP Chromebook 14 is offered in only one variant at the moment, which is powered by an Intel Celeron N3350 CPU and 4GB of LPDDR4 RAM. Storage is handled by a 64GB eMMC drive. HP’s new laptop comes with an integrated Intel HD Graphics 500 GPU. The display is a 14-inch WLED-backlit multi-touch unit with an HD resolution. When pushed back, it goes all the way to 180 degrees. Powering the entire 1.54-kilogramme package is a dual-cell 47.36Wh lithium-ion battery that is claimed to deliver up to 10 hours of continuous use on a single charge. 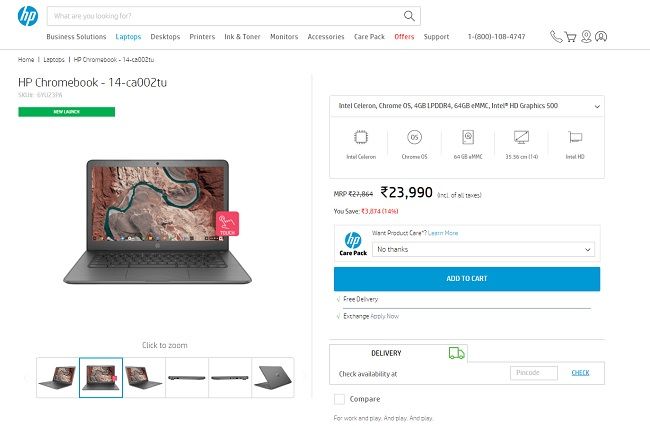 Like all Chromebooks, the HP Chromebook 14 runs Chrome OS, which is Google’s proprietary operating system based on the popular Chrome browser. Apart from supporting apps and extensions found on the Chrome Web Store, Chrome OS runs Android apps as well. HP ships the laptop with proprietary tech such as Bang & Olufsen audio, HP Sleep and Charge, HP TrueVision HD Camera, etc. The Chromebook 14 has a full-size island-style keyboard and a touchpad with multi-touch support.

Customers of the new HP Chromebook 14 will get a one-year subscription to Google One, entitling them to 100GB of online storage on Google Drive, among other features. “Additionally, customer [sic] will get 2 GB of high speed 4G data every day from JioFi device for 1 year along with prime subscription to 14+ Jio Digital apps (Offer available till 31st Dec’19),” writes HP in its press release. Customers will also get a Meritnation education package with their new HP Chromebook purchase. The HP Chromebook 14 is available in two colours: Chalkboard Grey and Snow White.