Indian school boy builds a computer without a hard disk. 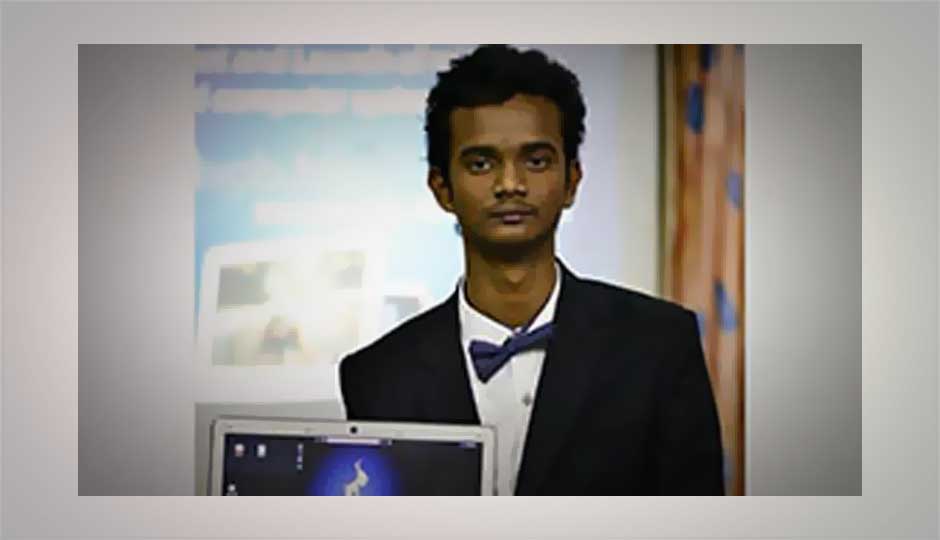 Guwahati schoolboy Afreed Islam has developed a prototype of a computer system that uses a microchip, embedded with an operating system, which allows dependencies on both Windows and Linux-based software simultaneously.

Afreed a student of Little Flower School, Hatigaon, has named his invention Revo Book. He says that the microchip replaced both mechanical and electronic hard disk drives that also doubles as a storage unit and therefore does not run the risk of data loss or system crash.

He has also developed an operating system called ReVo IX which he has installed on the microchip. He stated that his system comes with an integrated firewall, and works as a complete independent operating system. He added that he has applied for a patent for the OS.

“A hard disk drive always runs the risk of data loss as it has moving parts which may crash due to shock and also when brought in a strong magnetic field. However, the microchip has no moving parts and is also not influenced by magnetic field, therefore there is little risk of data loss of the microchip-run computing system invented by Afreed,” explained Anupam Barman, Senior Systems Consultant at the Assam Electronics Development Corporation Limited, who was also present at the launch of Afreed’s invention.

“The idea to develop the system came to my mind first when I was studying in Class VII and encountered some problems while operating the computers which my parents had bought for me,” said Afreed. Afreed has partnered with a German company for manufacturing the computer system.

Recently 15 year old, Angad Daryani who calls himself a 'maker,' has built a low cost 3D printer called 'Sharkbot'. The printer is based on his own versions of the open-source RepRap 3D printer. Daryani plans to begin marketing his Shark-Bot range of printers at a price as low as Rs 20,000 in the next 2 months in India.