Gigabyte’s Azure-powered laptop will be a new version of the Aero 15 and as per the company, it will be able to determine the users’ patterns and allocate CPU and GPU resources accordingly. 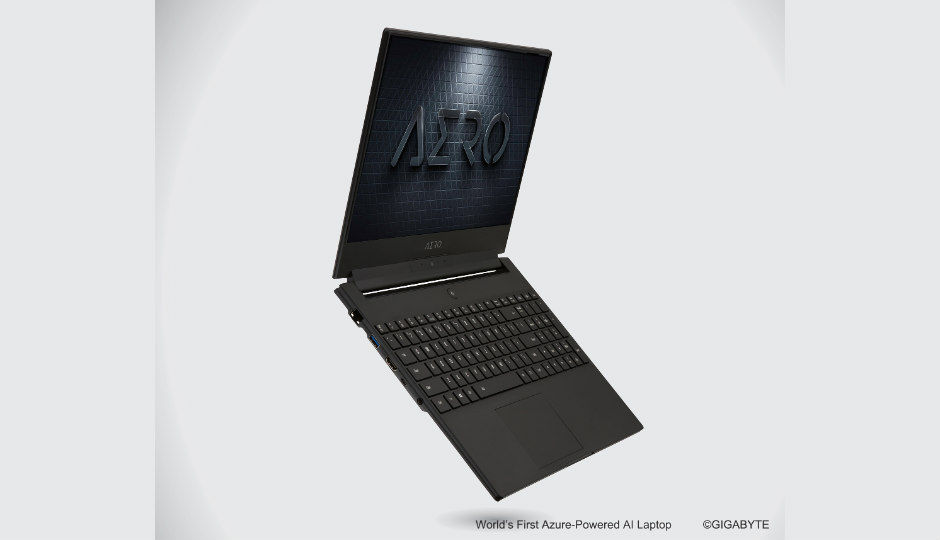 Gigabyte has announced that it will be unveiling the world’s first Azure-powered laptop at CES 2019. The laptop will be a new version of the Aero 15, and in its press release, the company notes that the laptop will be able to determine the users’ patterns, and then “allocate the best CPU and GPU wattage usage to empower the optimised performance at all times.” While details of the laptop are not yet known, the press render shared by the company gives us a small glimpse as to what we can expect. The new Aero 15 should features at least one ethernet port, a USB 3.0 port, HDMI port, USB Type-C port (possibly Thunderbolt 3) and a 3.5mm audio jack. The keyboard tray features a numpad, and the camera is located on the hinge, and not the display bezel. It is not yet known if the laptop will be fully convertible via a 360-degree hinge. In its press release, Gigabyte noted that “the passive optimization experience will be a prime example of an AI-adaptive future that transforms digital to smart digital of the 5G era.” It is not clear if the company is alluding to the rising internet speeds in general, or if the laptop will support connectivity.

Gigabyte also plans of showcasing a number of other tech at CES 2019. This includes a Liquid Immersion Cooled GPU Server, an AI/Deep Learning Appliance, an All Flash Software Defined Storage Cluster, and server hardware. There is also Smart Digital Signage that aims to display advertisements based on different attributes such as gender and age.

The Liquid Immersion Cooled GPU Server is expected to feature 16 Nvidia GeForce RTX 2080 cards in a 2U chassis. Gigabyte notes that this will be the next generation of the Two-phase Liquid Immersion Cooling System that would feature a standardized proof of concept and will be available for purchase immediately.

VIrtualStor Extreme is Gigabyte’s decentralized storage cluster solution that was created in partnership with Bigtera. Gigabyte claims that it can “ integrate and manage existing storage systems (including the vast majority of storage types on the market such as SAN, NAS, Object, File) to provide unprecedented flexibility to allocate and use existing storage resources, allowing a smooth and smart digital transformation.” 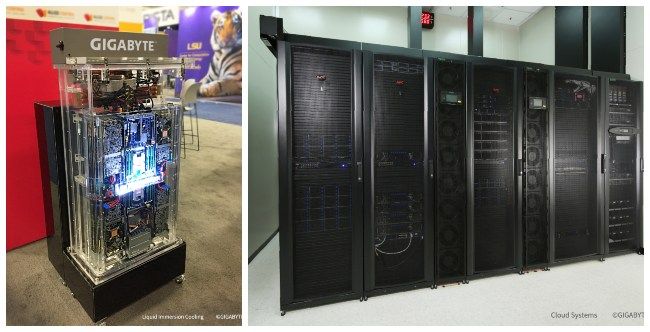 Gigabyte has also partnered with Industrial Technology Research Institute (ITRI) of Taiwan to develop a Deep Neural Network (DNN). In its statement, Gigabyte notes that it can optimise batch operations through automatic parameter adjustments and better GPU memory utilization. The appliance features a 4U chassis with 10 Nvidia Tesla V100 GPU server.