The new Dell XPS 15 unveiled at Computex 2019 comes with many internal upgrades, but the most notable has to be the choice of a 4K UHD OLED panel 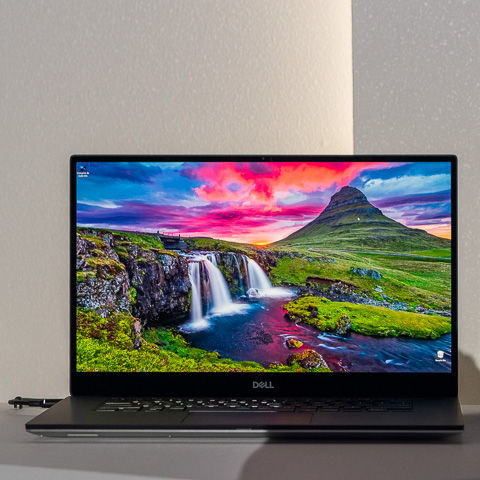 The XPS line of laptops originally began as a gamer-centric series at Dell. Once the company acquired Alienware, XPS had to go through a revamp of what the line stood for. Over the last few years, Dell has been trying to market the XPS laptops as a more modern, work-play kind of machine. This year at Computex, the new refresh of the XPS 15 cements Dell’s position that the XPS is not for gamers. IT is now a laptop for creators on the go, who want power and performance at the drop of a hat. We had some time with the new XPS 15 at Dell’s experience zone at Computex and here’s what we thought about the refresh.

Its incredible how much the look of the XPS 15 has NOT changed. Dell has maintained the same chassis, right down from the dimensions to the weight. The silver coloured exterior and the carbon fiber weave interior also continue to be the same. Suffice to say, you could put the new XPS 15 next to the previous generation (XPS 15-9570) and you’d be hard pressed to tell them apart. The only notable difference here would be the placement of the webcam, which is now once again at the top of the display. 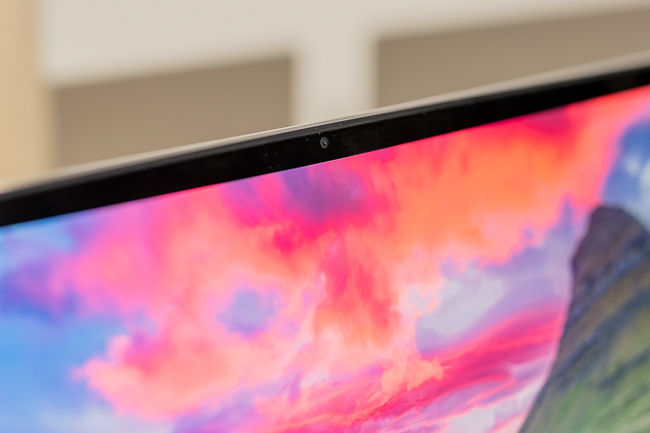 The Dell XPS 15 sees the webcam come back to its rightful spot, at the top of the display

OLED on an XPS

Dell today announced that the XPS 15 would offer users a 4K UHD OLED panel, a first on an XPS laptop. Looking at an OLED equipped right next to an IPS LCD counterpart, the difference between the two was very apparent. The OLED was noticeably more vibrant, with better handling of the blacks. The IPS :CD panel wasn’t shoddy by any means, but just couldn’t match the explosion of colours that was the OLED. Suffice to say, Dell may have a winner on its hands, depending on how they price the OLED variant. The OLED panel will sport a refresh rate of 60Hz.

Just like every year, the Dell XPS 15 has also been updated to the latest 9th generation processors from Intel, with the highest end SKU being available with the Intel Core i9-9980HK. The machine we got to try out was equipped with an Intel Core i9-9980HK along with 32GB of RAM and 1TB of NVMe storage. The RAM on the XPS 15 is no longer user upgradable, but you can choose up to 64GB of RAM. We fully expect the i9 variant of the XPS 15 to experience thermal throttling just like last year, but it remains to be seen how far it would go before dropping its performance. Dell executives tell us that the internal cooling system is identical between the various SKUs of the XPS 15. 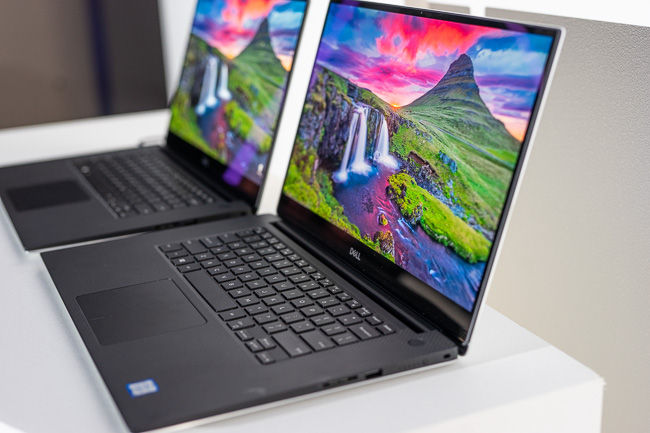 The Dell XPS 15 will come with up to an Intel Core i9 processor, 64GB RAM and 2TB NVMe storage

The one thing that helps seal the XPS 15’s identity as a non-gaming machine is the choice to go with Nvidia’s lowest end graphics c15hip, the GTX 1650. We asked Dell executives as to why not something more powerful, and the unanimous answer was “thermals.” We were told that even a 1660Ti would generate more heat than what the current chassis was built to handle effectively, and the one thing that makes the XPS stand out, is its sleek form-factor. The company wanted to retain the slimness of it all, and hence, had to stick to the least powerful of Nvidia’s current generation graphics chips.

The Dell XPS 15 continues to be an impressive laptop for the components it packs, but it definitely begs the question of whether the system will face a performance bottleneck. Pairing an Intel Core i9 processor with a Nvidia GTX 1650 doesn’t seem like the most optimum setup, but this is something we’re eager to put to the test whenever the machine comes in for review. For now, what is promising is to see a Dell XPS 15 with an OLED display, which makes content consumption an absolute treat. It is also nice that the machine hasn’t become any bigger or heavier with times. We do wish that Dell had made some cosmetic changes to the XPS 15, since it’s been pretty much the same since this deign was launched 3 years ago.