The upcoming 2-in-1 looks quite similar to the original Dell XPS 13, but with a 360-degree rotatable hinge. 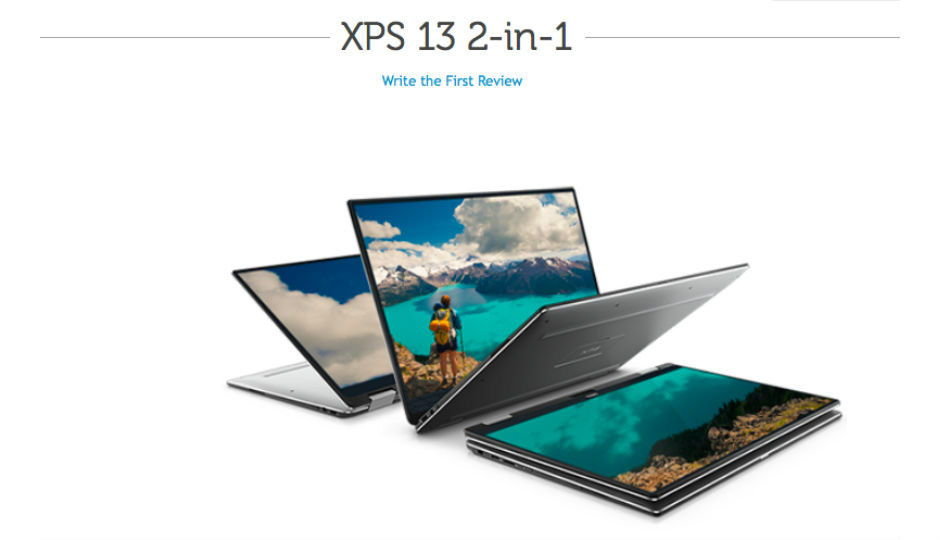 CES 2017 starts tomorrow, and we expect a number of new laptop launches, ranging from everyday machines to high-end ultrabooks. Among these, Dell is likely to announce the new Dell XPS 13 2-in-1 (9365), which has reportedly been leaked on the official website. From the single leaked image, the machine looks very similar to the Dell XPS 13, with the addition of a 360-degree rotating hinge. It has the same, near-bezel-less InfinityEdge display, and is likely to have the same set of I/O ports.

The upcoming convertible XPS may share similar specifications to the present generation Dell XPS 13. The laptop might be announced with 4GB and 8GB RAM options, with storage options ranging from 128GB to 512GB. We can expect Dell to equip it with the latest 7th gen Intel Kaby Lake processors across all SKUs. Adding to these, it would be fair to speculate that the top variant may launch with 16GB RAM, and a 3200x1800-pixel QHD+ touchscreen display.

CES 2017 will also witness the launch of Samsung’s new curved monitors, which are aimed at gamers. Qualcomm is also expected to make some announcements regarding its new flagship SoC, the Snapdragon 835. LG will also be announcing its floating speaker, the PJ9 at the event, making this year's CES quite alluring.