Dell to make Windows XP machines no more, says use XP Mode instead Dell has announced it will follow the guidelines set by Microsoft, and not ship any Windows XP machines after October 22nd. In case you wanted a Dell built Windows XP laptop or desktop, you better order one now, and hurry, as it will even be removed as a configuration option sometime this month. The announcement serves as a reminder that it really is time to say goodbye to faithful ol'XP. 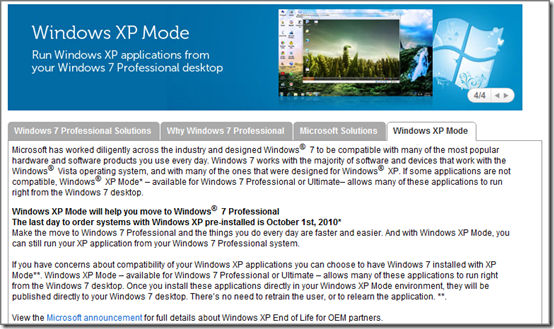 Dell did its best to reassure and calm its recent buyers that Windows XP driver support will still be offered by Microsoft until December 2012, and, by pointing out the Windows XP Mode offered by Windows 7 Professional and Ultimate, which will help ease the transition for cranky and apprehensive Windows XP users. You can read more about Microsoft’s product lifecycle policy here and Windows XP Mode here.