Here's a comprehensive list of everything Acer announced at CES 2020 in Las Vegas, Nevada. 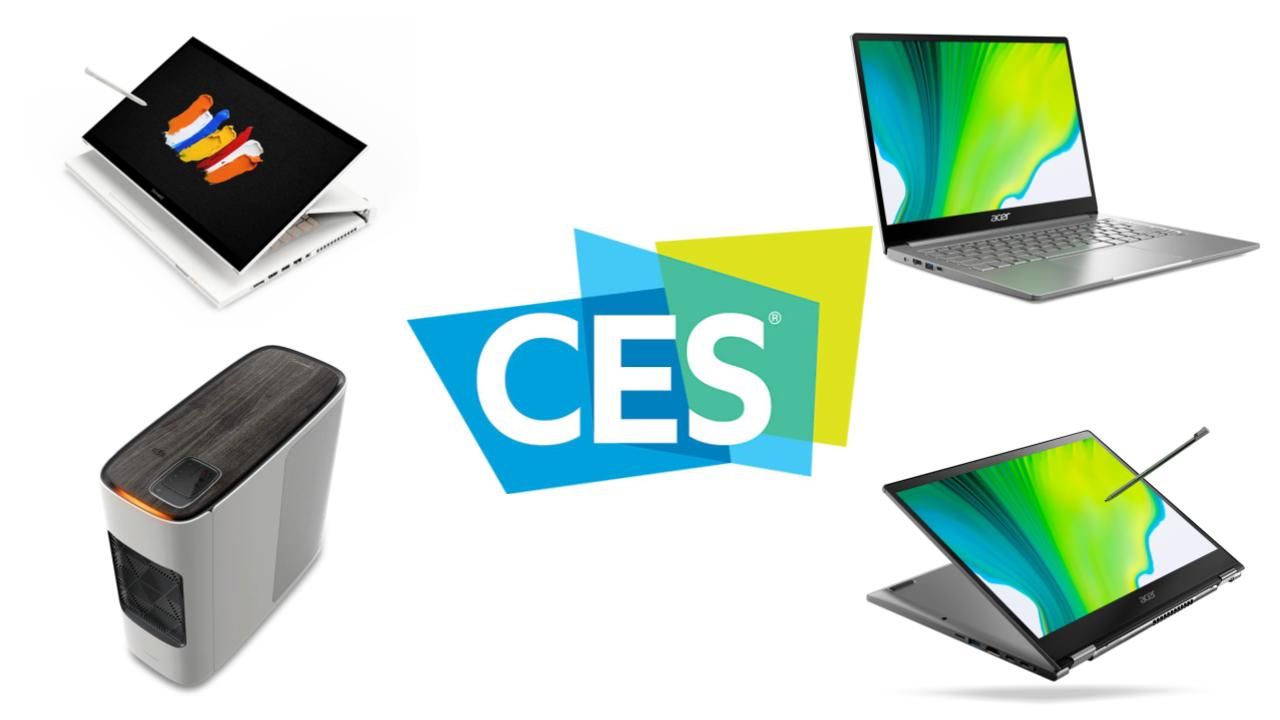 With brands like Lenovo and LG announcing new products in the dozens at CES 2020, Acer appears to be equally thrilled to show off its new tech for the year. The Taiwanese electronics manufacturer has so far announced a number of new gaming monitors, a portable LED projector, and fresh laptops. This includes the ConceptD 7 Ezel convertible laptop that's aimed at professional designers. Let's take a closer look at Acer's new hardware:

Let's start with the most eye-catching devices of them all. Launched last year, the ConceptD sub-brand represents Acer's offerings that are specifically aimed at professional designers and creators. Extending that aim this year are the ConceptD 7 Ezel Series Convertible and the ConceptD 700 Workstation. The former is a convertible laptop series with Acer's proprietary ‘Ezel’ swivelling display hinge and the latter is a stylish desktop series with powerful internals.

The PANTONE-validated IPS display on the Ezel series can be configured with a maximum resolution of 4K. It has a maximum brightness of 400 nits and 100-per cent Adobe RGB colour coverage. What's more, it can be used with the bundled Wacom EMR stylus. Acer says the Ezel series incorporates a Micro-Arc Oxidation finish for strength and resistance to corrosion and oxidation. The Ezel series is powered by up to an Intel 10th Gen Core H-series CPU, an Nvidia GeForce RTX graphics card, 32GB of RAM, and 2TB of solid-state storage. Also on offer is the Ezel Pro, which is powered by an Intel Xeon CPU and Nvidia Quadro RTX graphics. 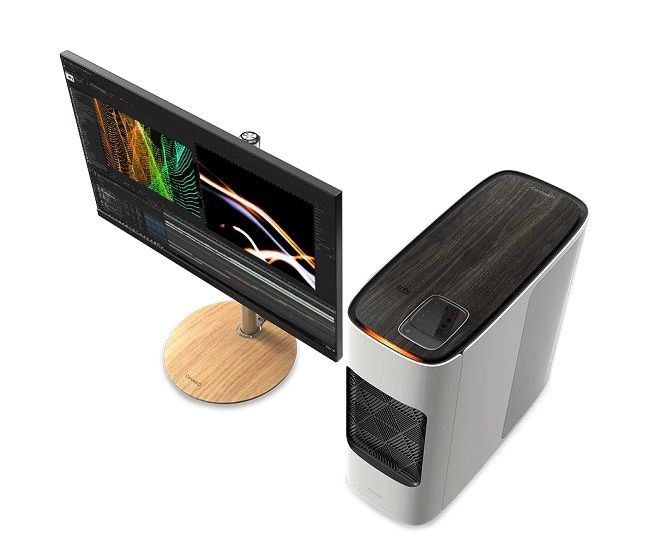 Acer's long-standing thin and light laptop line-up, the Swift 3, sees the addition of two new models, namely the SF313-52/G and SF314-42. Co-developed with Intel as part of its Project Athena innovation for better speeds and battery life, the former features up to an Intel 10th Gen Core i7 CPU. The latter sports up to an AMD Ryzen 7 4700U processor. Acer says the new Swift 3 is as light as 1.19 kilogrammes and 18 per cent taller, making its aspect ratio 3:2. The new Swift 3 features, in addition, Thunderbolt 3 and optional GeForce graphics. Both Swift 3 models will go on sale later this year for a starting price of EUR 599 (Rs 48,000 approx).

Acer's Spin 5 and Spin 3 convertible laptop series are now updated with a slimmer design and new features. The new Spin 5 (SP513-54N) features a 13.5-inch 2K touchscreen panel with narrow bezels, a magnesium aluminium chassis that weighs 1.2 kilogrammes, and an inbuilt fingerprint reader. The laptop now sports a 3:2 aspect ratio. The more affordable Spin 3 (SP314-54N), on the other hand, retains its 16:9 aspect ratio but comes with a 14-inch Full HD touchscreen panel on an equally stylish aluminium chassis that weighs 1.5 kilogrammes. Both models come with a bundled Acer Active Stylus that uses Wacom AES technology. Both are powered by up to an Intel 10th Gen Core i7 CPU with Intel Iris Plus integrated graphics with up to 16GB of RAM. The new Spin 5 and Spin 3 will go on sale later this year for a starting price of EUR 649 (Rs 52,000 approx) and EUR 999 (Rs 80,000), respectively. 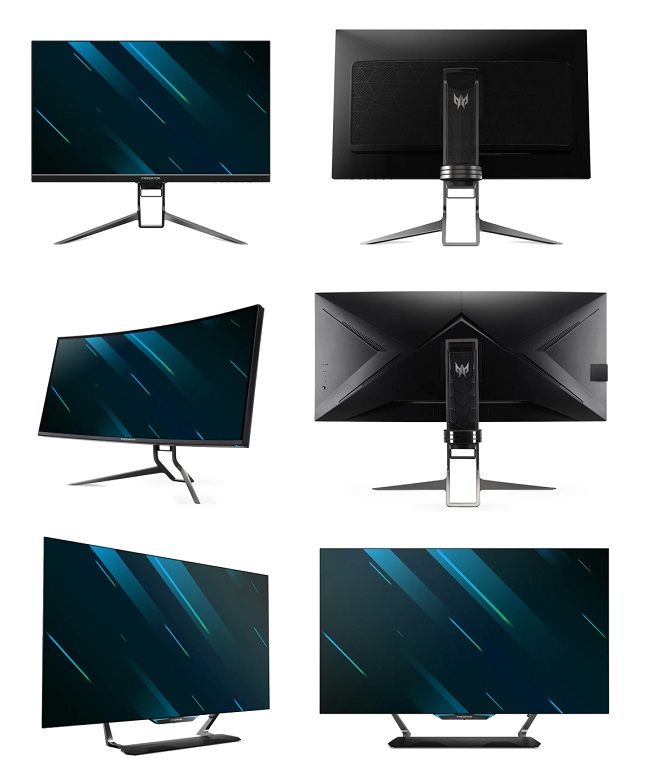 Acer also announced the B250i Portable LED Projector, which features Full HD projection, auto-focus, and Waves Maxx Audio. The LED module is expected to have a lifespan of about 30,000 hours. Weighing in at 1,450g, the portable projector features Wi-Fi, Bluetooth, and USB-C connectivity in addition to USB-A and HDMI. The Acer B250i Portable LED Projector is expected to go on sale later in the year for a starting price of EUR 699 (Rs 55,900 approx). 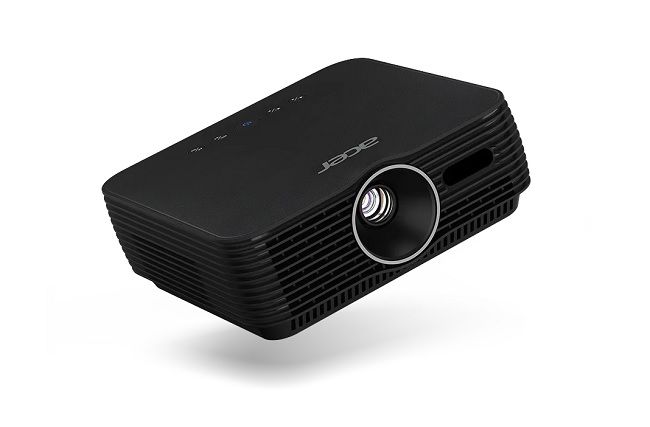