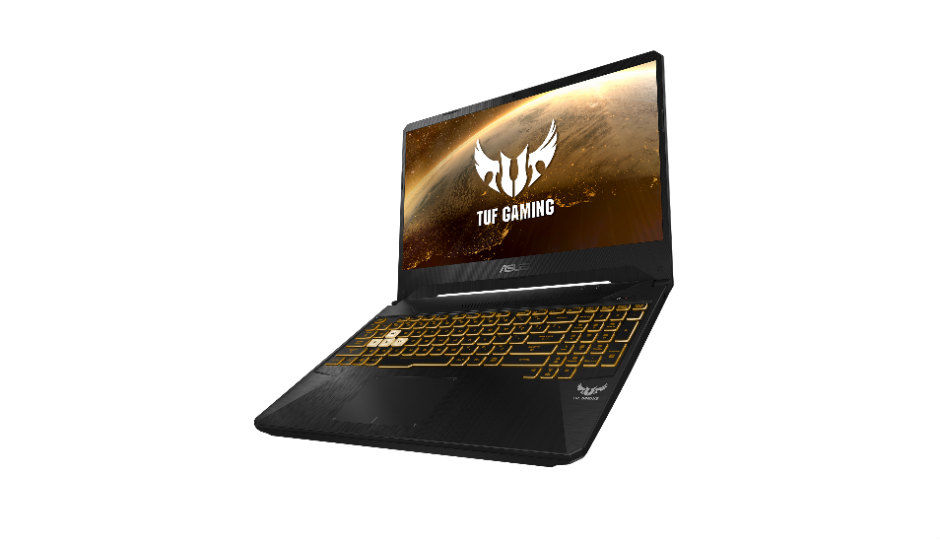 Asus has announced two new gaming laptops under its TUF series. Called the Asus TUF Gaming FX505DY and TUF Gaming FX705DY, both laptops are powered by AMD’s Ryzen 5 3550H processor with up to 32GB RAM. The Ryzen 5 3550H is manufactured using 12nm technology and features a total of four cores. Both laptops also come with Radeon RX 560X graphics and displays that support AMD’s FreeSync technology.  Of course, since the two devices are part of Asus' TUF lineup, they are built to be more rugged than most other gaming laptops. Asus notes that both laptops meet military grade MIL-STD-810G standards for toughness. The company claims that both laptops ‘shrug off short drops to a desk, and the FX505DY is certified to survive higher falls.”

The Asus TUF Gaming FX505DY sports a 15.6-inch Full HD display, with a refresh rate of up to  120Hz. The TUF Gaming FX705DY features a larger 17.3-inch display with a refresh rate of up to 60Hz. Both devices feature Asus’ ‘HyperStrike’ keyboard deck with separated blocks of function keys, which the company says helps with easier recognition. It also sports a wider space bar, full numpad, offset arrow keys and highlighted WASD keys. Both laptops are available in two variants. The Red Matter versions feature a red glow, while the Gold Steel models feature customisable lighting. The RGB lighting can be manually tweaked via the Armoury Crate utility.

In order to keep things cool, the laptops feature Asus’ ‘HyperCool’ technology that offers independent fans for the CPU and GPU. Further, the company notes that the anti-dust tunnels on the edge of the housing catch and direct particles out of the laptop in order to prevent clogging.

The TUF Gaming FX505DY and TUF Gaming FX705DY will begin selling in Q1 this year. Pricing and availability will vary depending on region.