Transformer AiO can be used as both a full-fledged Android tablet or an HTPC running Windows 8. 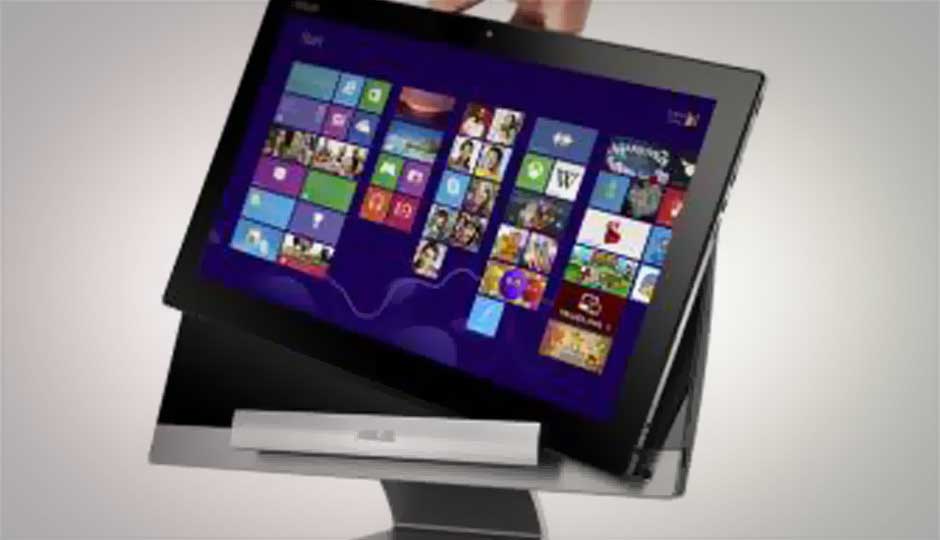 Nobody can deny that Asus is a hyper-innovative company, the Ducati of consumer technology, a company that makes products that look like they were mere concept designs an hour back. Staying true to that tradition, Asus showed off the Transformer AiO at CES earlier this year, an Android tablet with a massive 18.4-inch full HD display that when docked turns into a Windows 8 PC. Unlike other Transformer devices from Asus, this looked more conceptual than something that you could see on store shelves. However, Asus has other ideas because the Taiwanese company has revealed that the Transformer AiO will be launched globally on April 12 for $1,299 (Rs. 71,000 approx.).

Asus has uploaded the full hardware specs of the Transformer AiO which gives us a little more information how this strange, magnificent beast works. When undocked, the Transformer is an Android tablet running 4.1 (Jelly Bean) on a quad-core Tegra 3 processor and 2GB of RAM. It’s 18.4-inch display is LED-backlit and supports ten-point multi-touch. It offers 32GB of internal storage, comes with a 1MP camera and supports Bluetooth and WiFi

When you want to use the Transformer AiO as a PC, you need to attach it to a docking station which has built-in hardware that helps the device to work as a powerful HTPC. Asus is launching these docking stations in multiple variants with different specs. When plugged in, the Transformer AiO can be powered by an Intel Core i7 3770, Core i5 3350P or a Core i3 3220 with RAM from 4GB to 8GB. The station comes with either a 1 or 2TB hard disk for storage and a bunch of connectivity options including four USB 3.0 ports, a card-reader, a headphone port, a microphone port and an HDMI port.

We reached out to representatives of Asus India who informed us that the Transformer AiO is also expected in India in April but there were no details about the price.