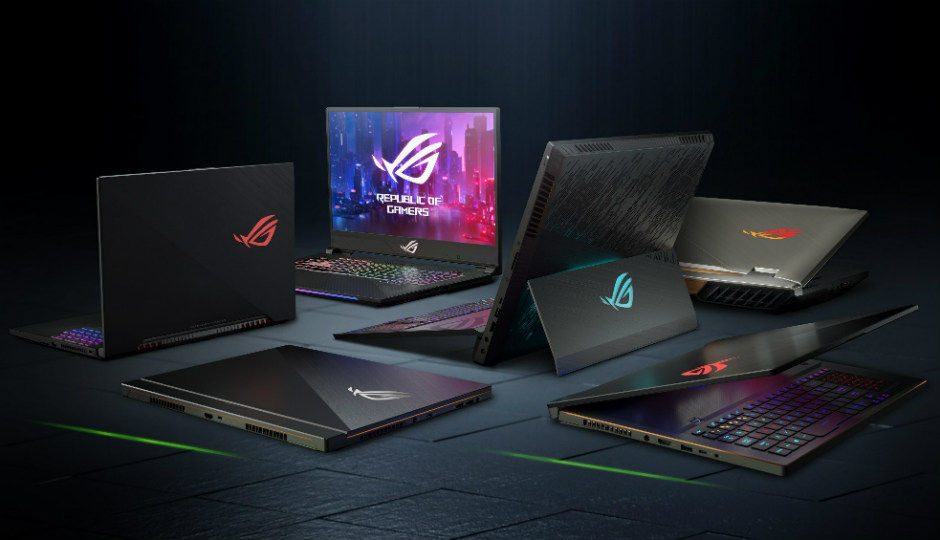 CES 2019 is well on its way and it looks like Asus is keen to leave its mark at the event. After launching two AMD Ryzen 5 3550H-powered gaming laptops under its TUF Gaming, the company’s Republic of Gamers (ROG) brand has unveiled at total of seven new portable device. This includes three laptops under the Strix sub-brand, two under the Zephyrus sub-brand, the ROG G703 and the ROG Mothership. It should be noted that all seven devices are powered by mobile versions of the NVIDIA GeForce RTX 20-Series of graphics cards.

Asus notes that the ROG Strix Scar II is designed for FPS gaming. It is available in 15.6-inch (GL504) and 17.3-inch (GL704) FHD displays with a refresh rate of up to 144Hz. Besides the difference in screen size, both laptops are more of less the same. Processor options include the Intel Core i7-8750H and the Intel Core i5-8300H. GPU options include the NVIDIA GeForce RTX 2070 or the GeForce RTX 2060. Buyers can also opt for up to 32GB DDR4 RAM

Asus says that the ROG Strix Hero II is optimised for MOBA gaming and features more subtle styling. It too is available with Intel Core i7-8750H and Core i5-8300H options, but it is only available with the NVIDIA GeForce RTX 2060 GPU. It sports a 15.6-inch Full HD display with a refresh rate of up to 144Hz and is available with up to 32GB of RAM.

The Asus ROG G703 is only available in one variant and packs a 17.3-inch Full HD display with a refresh rate of 144Hz. It sports an Intel Core i7 8750H processor and is available with up to 64GB DDR4 RAM. It is available only with an NVIDIA GeForce RTX 2080 graphics card.

The Asus ROG Mothership was the highlight of ROG’s CES 2019 lineup. The device features a form factor similar to Microsoft’s Surface lineup with a detachable keyboard. It is also packed with top-of-the-line hardware such as an Intel Core i9-8950HK processor and an NVIDIA GeForce 2080 graphics card. To know more about the Asus ROG Mothership, click here.