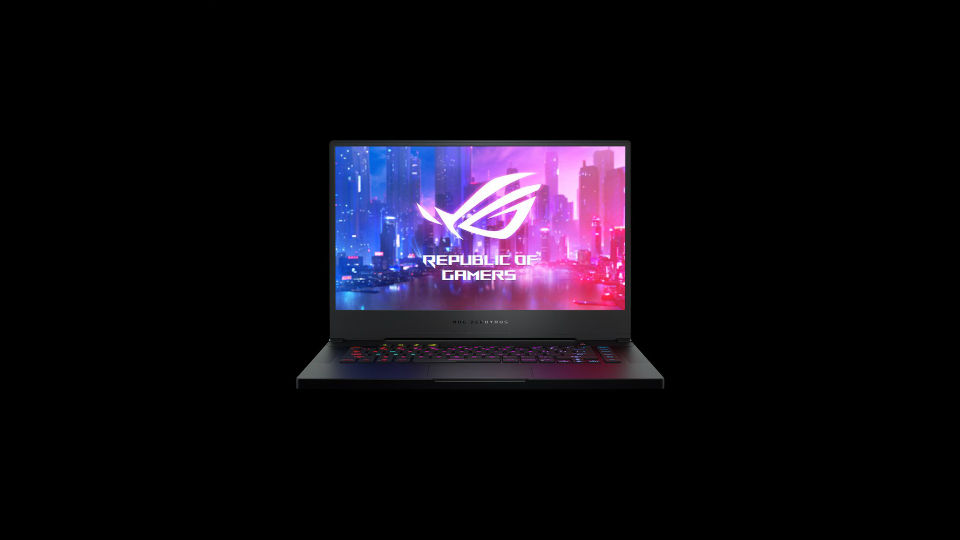 Asus India has announced its biggest refresh in its Republic of Gamer’s brand, along with a few new products in the series. The company had unveiled these new products at Computex 2019 in Taipei, and just a month later, Asus is bringing most of that portfolio to gamers in India. Here are all the laptops Asus has launched today.

Perhaps the most notable launch from today is the new addition to the Strix family, the Strix G. Consisting of two models, a 15-inch G531 and a 17-inch G731, the Strix G series is aimed at entry level gamers and despite being an ROG property, comes in at a rather reasonable price-point.

The Zephyrus line-up from Asus has always been about packing as much performance as possible into thin machines. The larger GX701 is powered by an Intel Core i7-9750H processor, just like the GX531. The ROG GX701 comes with 16GB RAM, with support for up to 32GB RAM. There are dual NVMe slots on the motherboard, with one slot already populated with a 1TB NVMe drive. The GX531 comes with 8GB RAM soldered onto the board and a single DIMM slot, allowing you to max out the RAM at 24GB. The storage is aided by a single 1TB NsVMe drive. The Nvidia RTX 2080 Max-Q handles the graphics in the GX 701, while the RTX 2070 Max Q is powering the graphics on the GX531.

The GX531 will offer gamers a choice of panels with up to 240Hz refresh rates, 3ms response time and Pantone Validation. The GX701 has a larger 17-inch display with the same Pantone certification, but the higher refresh rates like 240Hz are upgradeable options, as is Nvidia’s Gsync.

The Zephyrus M is also powered by the same ninth generation Intel Core i7-9750H processor but uses an Nvidia GTX 1660 Ti GPU. The laptop comes with 16GB RAM, which is upgradeable to 32GB. The 15-inch display is Pantone certified and sports a refresh rate of up to 144hz and a keyboard with per-key RGB. You can pick up the ASUS ROG Zephyrus M GU502 starting at Rs 1,49,990. You can read out review of the machine here.

Aimed purely at esports enthusiasts, the Scar and Hero are now in their third iteration. Both feature Intel's 9th Generation processors, but their USP happens to be the 240Hz refresh rate displays. The Scar III offers a choice between Intel Core i7 and Core i9 chips, each supporting up to 32GB RAM. The series can also be configured with either the Nvidia GTX 1660Ti, an RTX 2060 or an RTX 2070.  The Scar III will come with either per-key RGB or 4-zone lighting. It will start at a retail price of Rs 1,39,990 for the base variant and go up from there. The SKU with the 240Hz refresh rate will cost Rs 2,49,990.

A powerful laptop geared towards eSports players, the ROG G703GXR is equipped with a 9th Gen Intel Core i9 overclockable CPU. The laptop is designed as a desktop replacement laptop and besides featuring Intel’s top of the line chip, the Intel Core i9-9980HK also comes equipped with the Nvidia RTX 2080, which Asus says can be overclocked. The laptop supports up to 32GB RAM, and also comes with three m.2 slots utilizing PCIE4x lanes for super fast storage. There’s also a 2TB Firecuda SSHD included. The FHD display has a refresh rate of 144Hz, sports a 3ms response time and most of all, supports Nvidia’s GSync. Given the impressive hardware on the inside the G703 requires two 280W power brings to power it fully, making it a viable desktop replacement. The ROG G703GXR will retail at Rs 3,99,990.