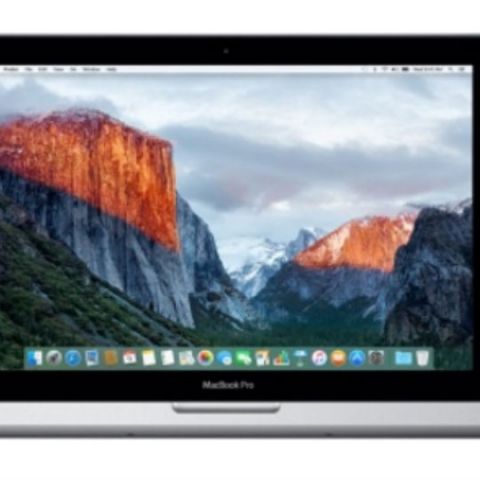 Apple is reportedly removing the 13-inch non-Retina MacBook Pro from its retail stores. According to a report by the AppleInsider, while the laptop is still in stock and available for purchase, some stores in the US are no longer leaving it out for users to try it. It is speculated that this move is in anticipation of the new MacBook Pro, which is expected to be launched later this year.

It is rumoured that the new MacBook may feature a new OLED touch bar above in a separate row above the keyboard. Analyst Ming-Chi Kuo has earlier said that Apple was planning to include the touch bar and earlier this month, leaked images seem to suggest the same. Further, the images also suggest that phone device may not come with any connectors except for four USB Type-C connectors and a headphone jack. Apple is also reportedly looking at ways to integrate TouchID into the device. The fingerprint sensor is currently being used in iPhones and iPads.

TouchID may not be the only feature that the new MacBook will borrow from its iOS powered brethren. At WWDC 2016, Apple announced that its personal digital assistant, Siri, would be available for MacOS.