Acer also expanded its lineup of PANTONE-Validated monitors with the ConceptD CM2241W display, curated for creators. 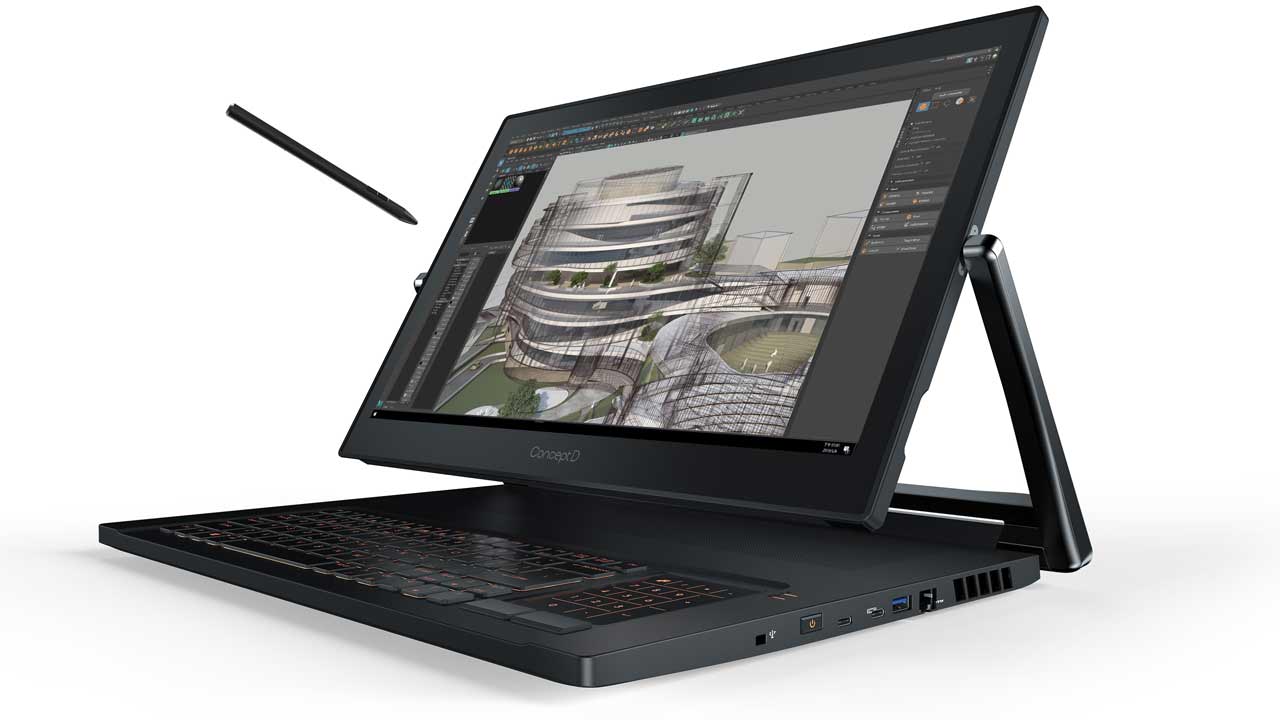 This series of Notebooks, under the RTX Studio laptop program, are one of the first notebooks to support real-time ray tracing and cutting-edge AI capabilities, according to the company. Jerry Kao, Co-COO at Acer states that their NVIDIA Quadro GPU notebooks are extremely suitable for their professional and enterprise customers. He says, “Combined with the power of 9th Gen Intel Core processors, these powerful workhorses will help creators focus on being creators whether in the office or on-the-go”.

The company claims that the notebooks can help creators design complex 3D animations, edit high-res videos or conduct virtual walkthroughs of building designs since the Quatro RTX GPUs are capable of computing such intricate computing tasks, according to Bob Pette, Vice President of Professional Visualization at NVIDIA. 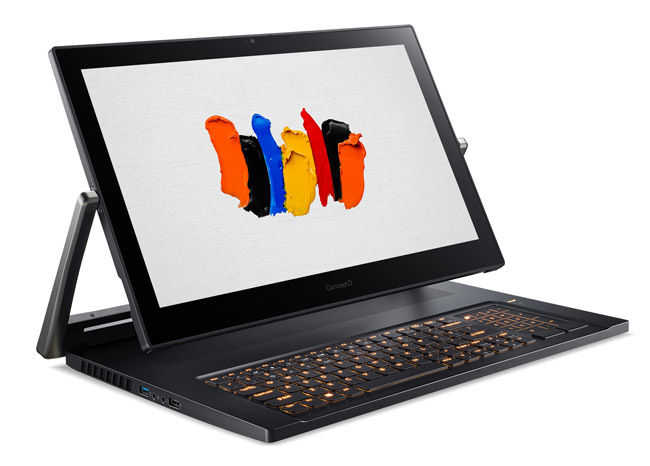 The ConceptD 9 Pro sits comfortably as the most premium Pro series Notebook and comes along with Acer’s CNC-machined Ezel Aero Hinge which allows the display to flip around, extend and recline as per the user’s personal or collaborative needs. The display is a 17.3-inch 4K panel, which is also PANTONE-Validated and covers 100 per cent of the Adobe RGB colour gamut with Delta E <1 colour accuracy.

It is powered by up to 9th Gen Intel Core i9 processors which offer high-end, multi-threading performance and up to NVIDIA Quadro RTX 5000 GPUs which are aimed at AI/deep learning, engineering simulations and big animation studios. The device also comes with a Wacom EMR stylus which magnetically latches on to the ConceptD 9 pro. It can deliver fast and accurate control with 4,096 levels of pressure sensitivity. 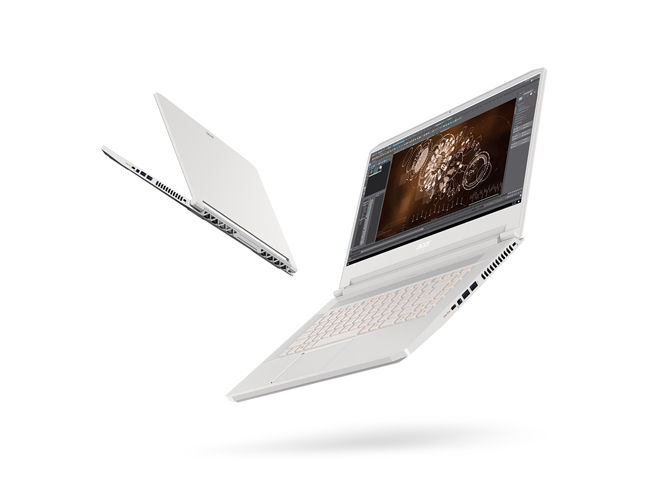 Equipped with a 15.6-inch 4K display, the Acer ConceptD 7 Pro, is also part of the RTX Studio program like the ConceptD 9 Pro. The notebook is lightweight, coming in at 17.9mm thickness and weighing a mere 2.1 kg. It is powered by up to 9th Gen Intel Core i7 processors and NVIDIA Quadro RTX 5000 GPUs. Additionally, its ConceptD Palette allows users to adjust colours profiles and monitor system controls. 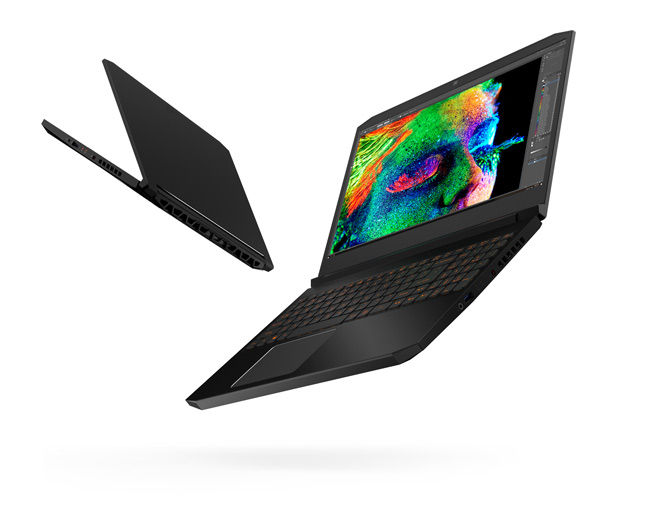 The AcerConceptD 5 Pro is available in 15.6 and 17.3-inch display variants (both having a 4K UHD resolution) and are also a part of the RTX Studio Program. The company claims that the ConceptD 5 Pro is suitable for complex CAD design, animation and simulation workflows. The devices feature up to 9th Gen Intel Core i7 processors and up to NVIDIA Quadro RTX 3000 GPUs which are especially suitable for architects, 3D animators, FX producers and small design studios. The display is also PANTONE-Validated and the colour gamut matches 100 per cent of Adobe’s RGB colour space as well. Acer dubs this variant of ConceptD Notebooks as the most accessible in the lineup and most-suited for photographers, industrial design students, streamers and graphics designers. It is powered by up to 9th Gen Intel Core i7 processors and the NVIDIA Quadro T1000 GPUs. The company claims that the notebook allows for true colour reproduction and is relatively soft as well and can get quieter than 40 dB. These also feature built-in fingerprint sensors through Windows Hello.

Acer also unveiled the updated ConceptD 5 and ConceptD 3 notebooks which house up to 9th Gen Intel Core i7 processors. The ConceptD 5 comes in 15 and 17-inch display variants and have the upgraded NVIDIA GeForce RTX 2060 GPUs. The ConceptD 3, on the other hand, houses the NVIDIA GeForce GTX 1650 GPU which also provides competitive speeds and power on-the-go to professional creators, according to Acer. 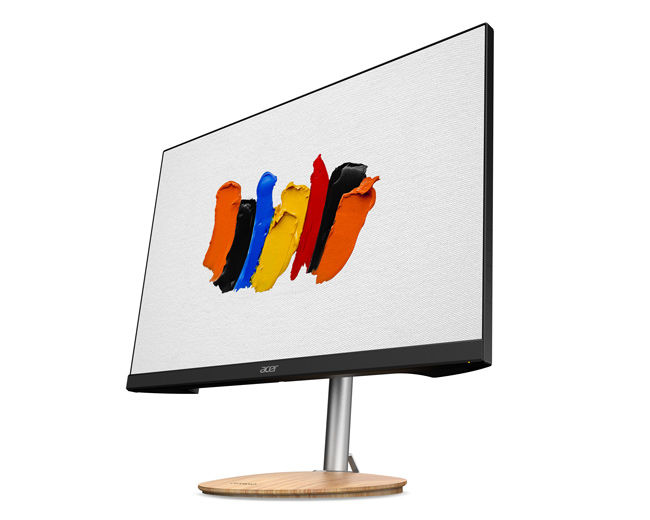 The all-new ConceptD monitor - CM2241W - is a desktop monitor, which Acer deems ideal for users who want to add an external panel to their workdesk. The monitor has slim bezels, impressive colour accuracy supporting 99 per cent of the Adobe RGB colour gamut and a refresh rate of up to 75 Hz.

The ConceptD 5 and ConceptD 3 will be available in India starting October, while all the Pro variants will arrive in November. Prices will only be disclosed once the units begin selling in the country.