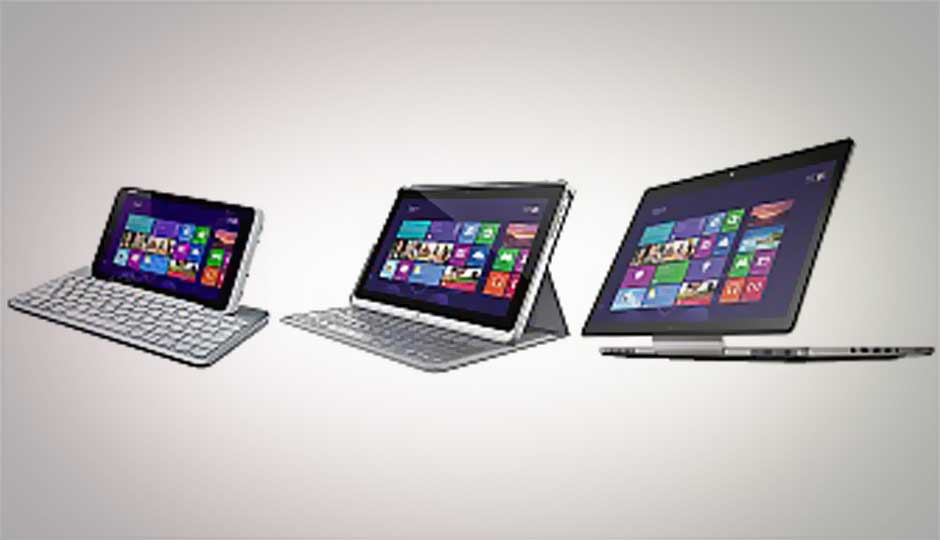 Acer India has launched three new touch-enabled Windows 8 devices in the country – a laptop (Acer Aspire R7), a tablet (Acer Iconia W3), and an ultrabook (Acer Aspire P3). According to Acer, the ‘new line of mobile products’ will shape the company’s focus on ‘redefining the computing experience through progressive design’.

The Acer Iconia W3 is an 8.1-inch (1280x800 pixel) Windows 8 (32-bit) tablet that is 11.35mm thick, and weighs in at 540 grams. It is powered by a dual-core 1.8GHz Intel Atom Z2760 Clover Trail processor, coupled with 2GB of RAM. It has 2MP cameras in the front and back. Other features of the Iconia W3 include Wi-Fi 802.11 b/g/n connectivity, Bluetooth 4.0, microSD card storage up to 32GB, as well as microHDMI and microUSB ports. Acer has quoted an estimated battery life of 8 hours. The 32GB model of the Iconia W3 is available at Rs. 30,499, though it has a special introductory price (till July) of Rs. 27,999. The Iconia W3 interestingly also comes pre-installed with Microsoft Office Home 2013, with access to Excel, OneNote, PowerPoint and Word. It also features an optional Bluetooth keyboard that’s large enough for a 13.3-inch notebook.

The Acer Aspire R7 Windows 8 (64-bit) notebook is meant to be a desktop replacement laptop-tablet hybrid, and features a 15.6-inch Full HD 1920x1080 pixel LED-backlit touchscreen. The Aspire R7 also features what Acer calls a ‘revolutionary Ezel hinge,’ which moves the display forward and into four different positions (notebook, tablet, display, or Ezel mode for the screen to float over the keyboard at various angles).

The Aspire R7 is powered by the 1.8GHz dual-core Intel Core i5-3337U processor, coupled with 6GB of DDR3 RAM (up to 12GB possible). It features a 500GB conventional hard-drive, coupled with a 24GB SSD for caching. It also features Dolby Digital Plus Home Theater audio enhancement, an HD webcam, an Acer ZoomPerfect touchpad, Bluetooth 4.0 and Wi-Fi 802.11 a/b/g/n connectivity, HDMI-out, 1xUSB 2.0 ports, 2xUSB 3.0 ports, a SD card reader, and a 4-cell battery rated to deliver up to 4 hours of backup. The Aspire R7 will be available from Rs. 74,999 (special introductory price of Rs. 69,999).

During the launch Mr. Harish Kohli, Managing Director, Acer India said, “Acer has always been a frontrunner in setting up industry benchmark; today we are the first PC player to launch a full-featured 8.1-inch tablet, along with two other new products, the Acer Aspire P3 and Aspire R7. With portability and mobility being the key focus areas for the company, these devices are designed to appeal to consumers across genres. These products are designed in a manner to fulfill the requirements of a techno-savvy consumer and provide an end to end solution for all day computing. Touch being the future, we are excited to collaborate with Microsoft to deliver a powerful new class of Windows devices for the Indian consumer.”