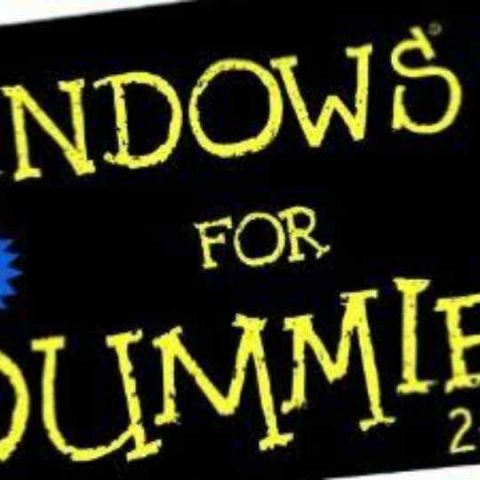 It has been twenty years since the world saw the birth of the Operating System with the famous ‘start’ button, the Windows 95. When it was launched, everyone was excited about the ‘All accessories’ menu with MS Office, MS Paint, Minesweeper and what-not, all neatly arranged, in one place!

This era was when the ‘For Dummies’ guidebooks were also trending hugely. The ‘For Dummies’ books are a series of “How to” guidebooks, which celebrate their 25th birthday, this year. The big fat yellow books were the detailed answers to “how to” questions before Google was a free and easily-accessible resource to search.

When Windows 95 was launched, it was the hottest tech of all time. About a million people (or so it seems) wanted guidance to work with the OS, and hence ‘Windows 95 for Dummies’ was born. According to the publishers, the readers didn’t want to read entire manuals that came along with Windows 95 CD-ROMS, and so these books provided the best basic advice on tech.

Windows 95 primer had two editions and few of the chapters were:

Dan Gookin, the author of DOS for Dummies, in a conversation with the Slate, said that “This level of user doesn’t want to learn anything. They want to get the answer to the question, close the book, and move on with their life.”

Apart from these basic guides, there have been dozens of spin-offs. ‘For Dummies: Windows 10 - For Seniors’ is the current best seller among this lot.