WhatsApp will soon allow users to move chats from iOS to Android: Report

WhatsApp has reportedly been working on adding a means for users to transfer their chat history across platforms from iOS to Android devices. T

WhatsApp is developing a feature to migrate your chats between different platforms.
This video shows how chats are migrated from iOS. It's needed a cable: are new tools for PC coming or what?

It'll be available for beta testers in a future update. Follow @WABetaInfo for more pic.twitter.com/Bu6xGxkpWE

How to transfer WhatsApp data from iPhone to Android?

Once live, iOS users will be able to access the feature from Settings > Chats > Move Chats to Android. They will also need to unlock their phones and keep WhatsApp open while the chat history is backed up and transferred.

XDA Developers have found code in Google’s upcoming “Switch to Android” app for iOS that hints at the integration of this upcoming WhatsApp tool. Apple already has a “Switch to iOS” app that helps users seamlessly migrate their data from Android to an iPhone. This direct integration within Google’s tool is bound to make things simpler.

Earlier this month, WhatsApp officially added multi-device support in beta that allows WhatsApp to work on the web and desktop without being leashed to a phone. Unfortunately, users still aren’t allowed to install and use Whatsapp on multiple phones simultaneously. 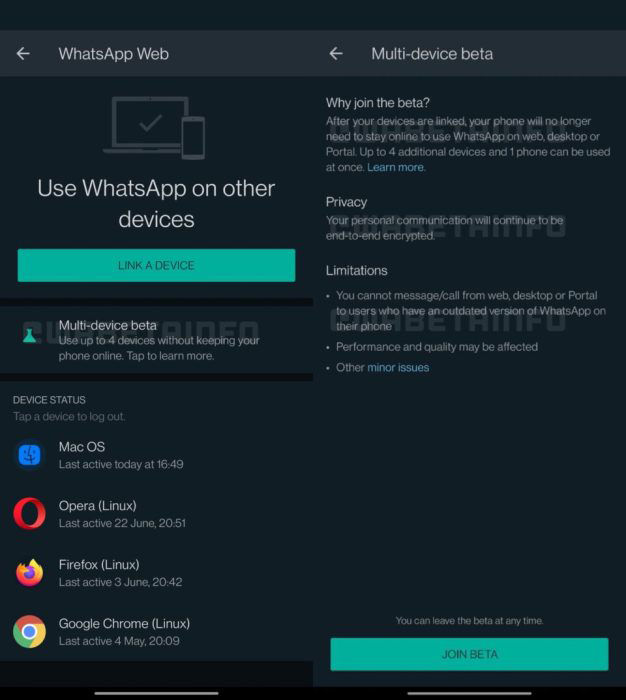 There is no timeline for when the Move chats to Android feature will be pushed officially, but since WABetaInfo already has screenshots of the tool in action, it shouldn’t take too long.