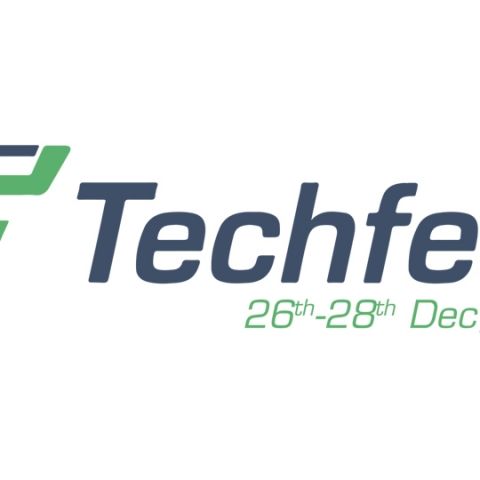 It was that time of the year when science and technology nerds from across the country gathered at one place to witness and participate in an event which has never disappointed through the years. Techfest 2015-16, organised at IIT Bombay, saw a staggering footfall of about 1,65,000 enthusiasts in a span of just three days. This huge participation owes to the interesting lineup of events, lectures, panel discussions and competitions conducted at the institute. Dr. K. Radhakrishnan, former chairman of ISRO, comprehensively spoke about the success story of ISRO and all the advancements from the recent space missions, mainly about Chandrayaan and Mangalyaan. A refreshing lecture was delivered by Nobel Laureate in Physics, Prof. Serge Haroche, who talked about his work on atomic physics and quantum optics. Apart from the lectures, the exhibitions also caught our attention, especially the Jinn Bot from Switzerland and the two bots from Bangladesh, Chondrobot and the All Terrain Rescue and Relief Robot. 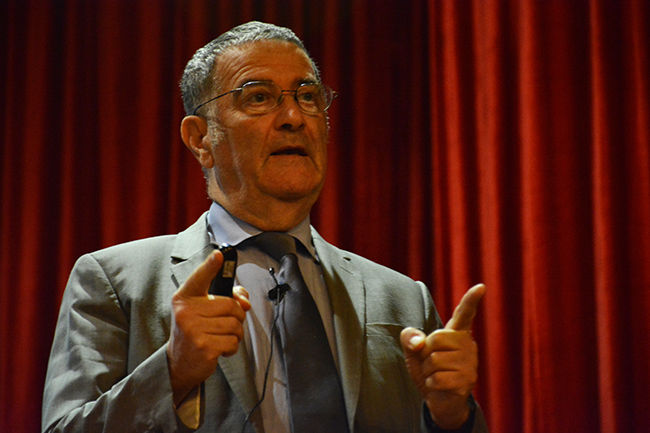 Students, professors, kids accompanied with their parents etc., the event saw everyone queuing up at the gate forming an endless line, clearly stating the popularity of the festival right on the first day. Unlike the previous year, crowd management was well taken care of since walking past venues was a breeze and no deadlocks were visible.

Sitting through long lectures was never our thing, but Dr. K. Radhakrishnan’s presentation about ISRO was quite enlightening about the challenges faced by the scientists back at ISRO. The audience threw several questions related to the ongoing research. and it can be said that the entire lecture must have been successful in sparking off an interest for the young impressionable minds to consider a career at ISRO. Another interesting lecture was given by Prof. Serge Haroche, who was awarded the Nobel Prize in Physics back in 2012 for his work on atomic physics and proving quantum decoherence. Other notable lectures included Bob Frankton who co-creator of VisiCalc, the first spreadsheet program; Dr. Jayant Narlikar, astrophysicist and also a famous author; Nik Powell, co-founder of the Virgin Group; and Eric Klinker, President and CEO of BitTorrent. 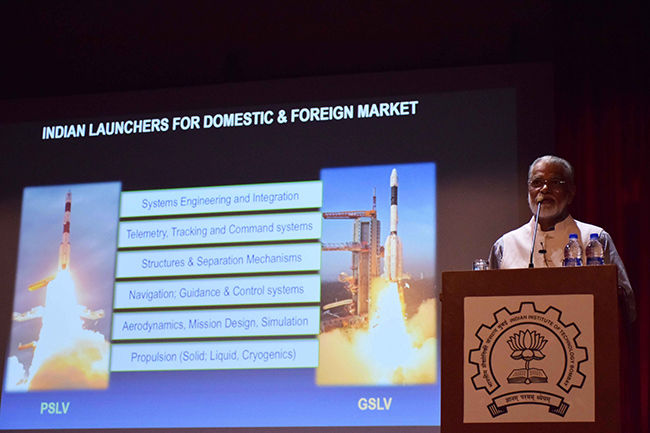 The search for the best showcase of innovation wasn’t easy. There were too many exhibitions and setups spread around the campus, which was huge. Just to put things into perspective, we’ve attached a screenshot from Google Fit to show you the distance we covered in a single day. 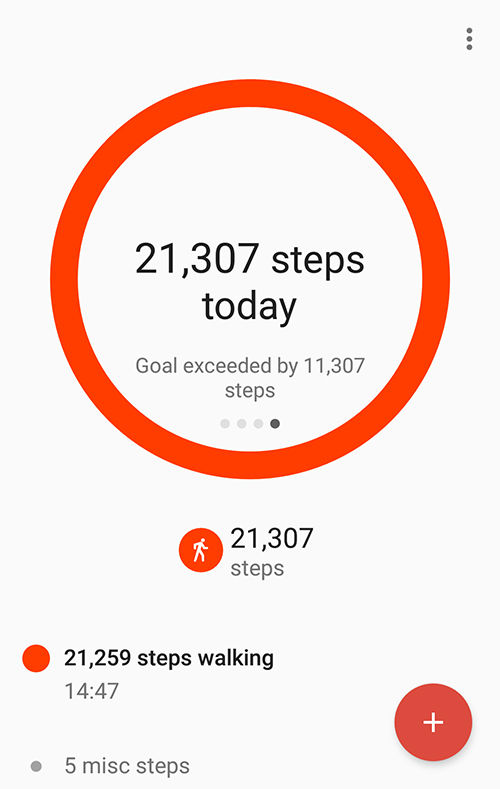 Participants witnessed an array of interesting bots including the Jinn Bot that could apparently recognise emotions; a set of autonomous robots called the Dutch Nao Team from Netherlands, capable of playing football; and the Chondrobot which was an automated robot with mining capabilities for the lunar environment.

The competitions at the Techfest attracts the most participants at the festival and this time they went big on the audience as well. We didn’t spend much time on waiting at every competition, but some of them were so good, we spent time a considerable amount of time watching. Robowars saw a huge audience cheering and supporting the menacing bots, where most of them had contraptions to destroy the opponent. The Full Throttle event saw participants build their own IC cars to drive around a race course beside other participants, which was again an amazing event to watch. Another noteworthy event was the drone competition where participants had to build a drone and fly it through an obstacle course. This competition tested both, the maneuverability of the drone and the skills of the operator flying the drone. 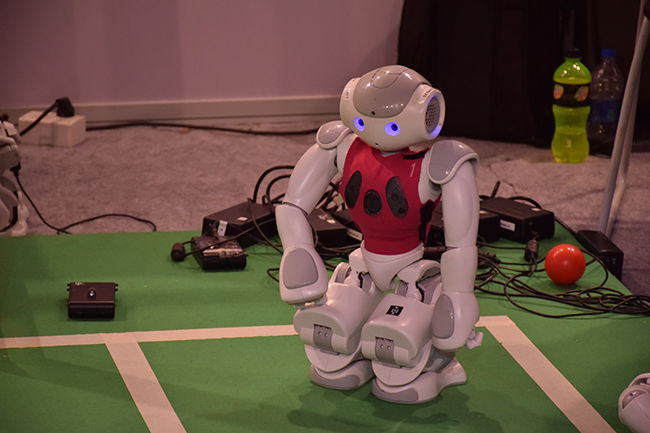 At the end of the day, everyone had the opportunity to marvel at artists incorporating technology into their performances. The most remarkable among the lot has to be Afishal who displayed an interesting set on visual DJ drums; Alexis Arts had an amazing illusion act; and finally, Kate Chruscicka, performed a brilliant aerial act of playing an electric violin. 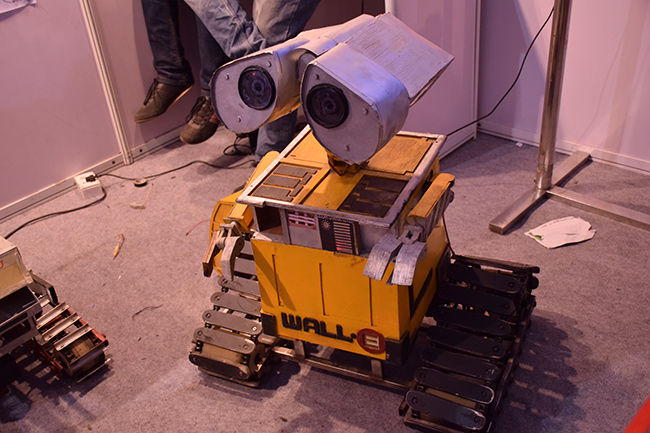 Techfest 2015-16 once again showed there are no bounds when it comes to building things. This was clearly evident in the competitions such as Robowars, considering the methods they had installed on their bots to strike down their opponents. Although it was exhausting, we had a great time entering booths and talking to young students, even school kids motivated to contribute something in the field of technology with their creations. We will surely be looking forward to next year’s edition of Techfest, hoping to come across more innovation and more creators.