Netflix content will soon be available on Tata Sky 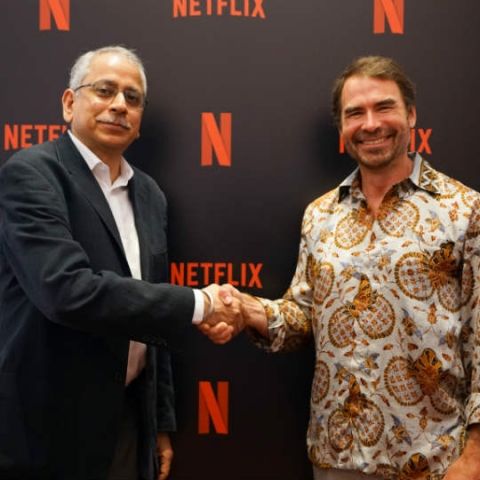 Tata Sky and Netflix have entered into a strategic partnership in India and both their customers will be able to have “easy access to a world of content through future Tata Sky platforms.” As per the press statement by the company, in the coming months, users on Tata Sky will get access to Netflix and will be able to browse its media library, which includes TV shows, documentaries, movies and more. This new move comes soon after Tata Sky announced curation of ad-free global media content, which can be accessed via the company’s mobile app and website as well.

Harit Nagpal, MD and CEO of ‎Tata Sky Ltd. said, “Tata Sky’s partnership with Netflix adds another dimension to providing world-wide quality content On-Demand for our subscribers. Keeping up with our promise of pioneering innovation, we will soon announce the offering that is possible with this partnership. We are glad to include Netflix in our family and look forward to keep offering an extraordinary entertainment experience to all our subscribers.”

Bill Holmes, global head of business development for Netflix said, “We are delighted to partner with Tata Sky to bring great content under the same roof. With this new partnership and Netflix’s stellar line up of original content from across the world, Tata Sky's customers will be able to seamlessly access and enjoy all the best entertainment they love in one place.”

It’s not only Tata Sky who is competing for users in the OTT services space as Reliance Jio and Airtel are reportedly in talks with Netflix to offer its services for their respective users. It is speculated that Jio could launch the services on the JioTV app, whereas Airtel could introduce it via the Airtel TV app, which already offers a free Hotstar subscription to select users. Netflix and Vodafone already offer up to 1 year of free membership to the former's streaming platform for users on the telcos Red plans.