The Xiaomi is all set to launch the Redmi Note 6 Pro in India this week. We are comparing the device with the recently launched Xiaomi Redmi 6 Pro to see which one packs a better hardware under its hood. 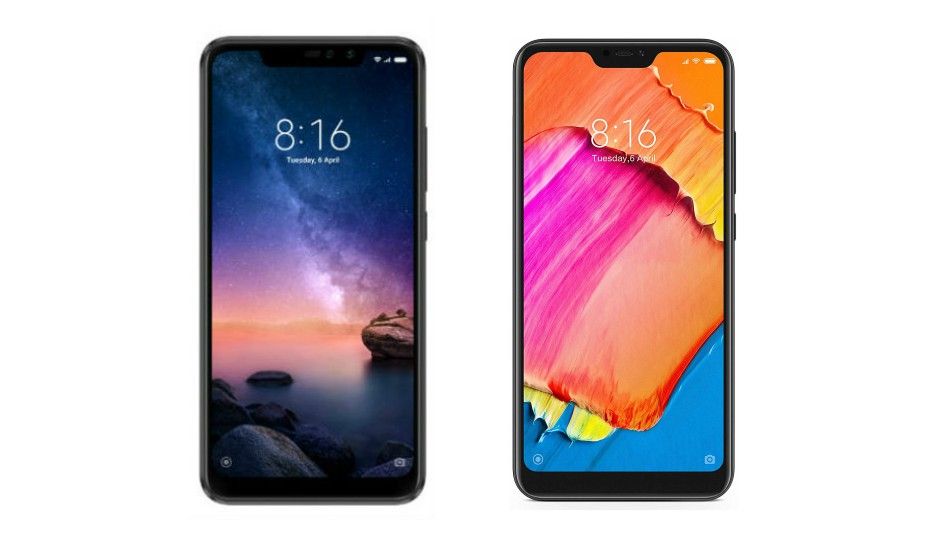 The Xiaomi Redmi Note 6 Pro will launch in India on November 22 in India. The smartphone comes with four cameras, with two at the front and two at the back. On the other hand, the Xiaomi Redmi 6 Pro, which was recently launched in India at a price of Rs 12,999, features a single dual-camera setup at the back. Here's a quick look at how these two smartphones compare in terms of specifications. 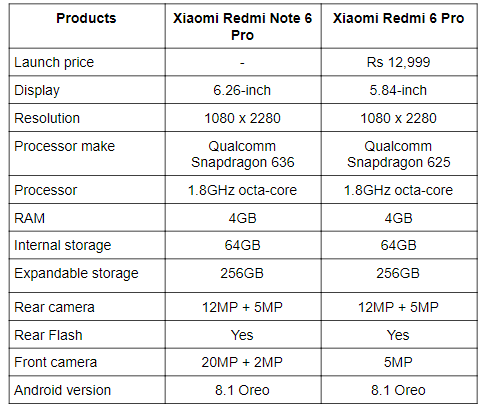 The Xiaomi Redmi Note 6 Pro will launch on November 22 in India. The Xiaomi has not revealed the price of its upcoming smartphone yet, but you can expect it to be around Rs 15,000 (appx), considering the fact that its predecessor was launched at around the same price point. The Xiaomi Red 6 Pro is available for Rs 12,999 on Amazon.