Here’s look at the specifications comparison of the Xiaomi Redmi Note 6 Pro with the Honor 8X. 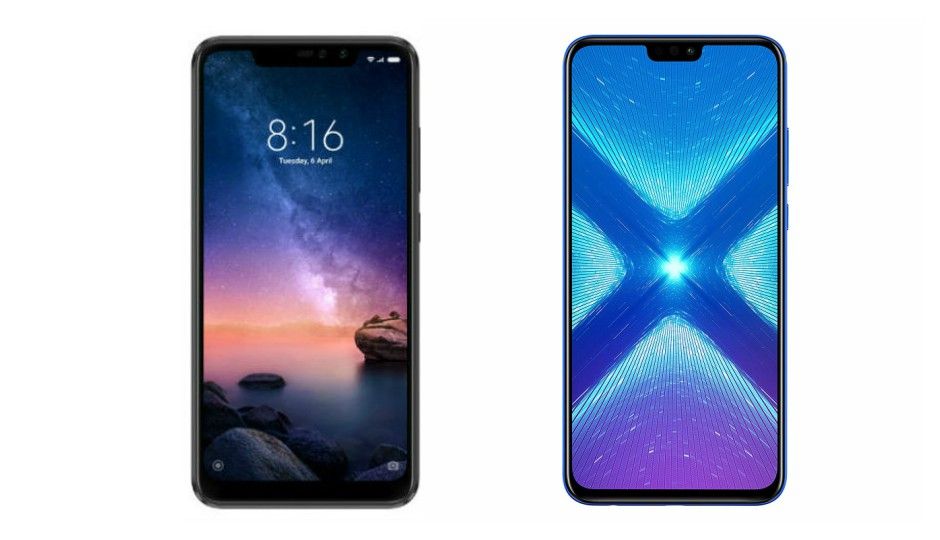 Once again, the Xiaomi has revealed its yet another mid-range segment smartphone the Xiaomi Redmi Note 6 Pro, which features a dual camera setup at both sides. Now we have the Honor 8X on the other side, which also packs an impressive set of hardware at a price of Rs 14,999. The smartphone comes with a notch on top of the display and is powered by a Kirin 710 octa-core processor. In this article, we are comparing the specifications of these two devices to see where the new Xiaomi Redmi Note 6 Pro stands against the Honor 8X. 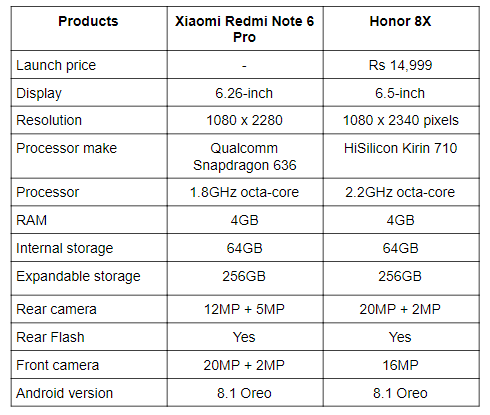 When it comes to the performance, the Xiaomi Redmi Note 6 Pro is powered by a Qualcomm Snapdragon 636 processor, while the Honor 8X is backed by a Kirin 710 octa-core processor.

Let’s talk about the cameras, the Xiaomi Redmi Note 6 Pro is equipped with a dual 12MP + 5MP rear camera, while the Honor 8X also has a dual 20MP + 2MP camera setup at the back. Now when it comes to the front camera, for the very first time the Xiaomi has launched a smartphone that has a dual camera set up at the front as well. The phone comes with a 20MP + 2MP unit on the front where the Honor 8X comes with only a single 16MP sensor on the front.

The Xiaomi Redmi Note 6 Pro price has not been revealed by the company yet. However, the phone is expected to launch somewhere around 15,000 (appx) because of the price at which its predecessor is launched. On the other side, buyers have to spend around Rs 14,999 to get their hands on the Honor 8X in India.