The Vivo V15 Pro has been finally launched in India with a 32MP pop-up selfie camera and a Super AMOLED display. We are comparing the device with the Honor View 20 to see which device among these two got solid hardware under its hood. 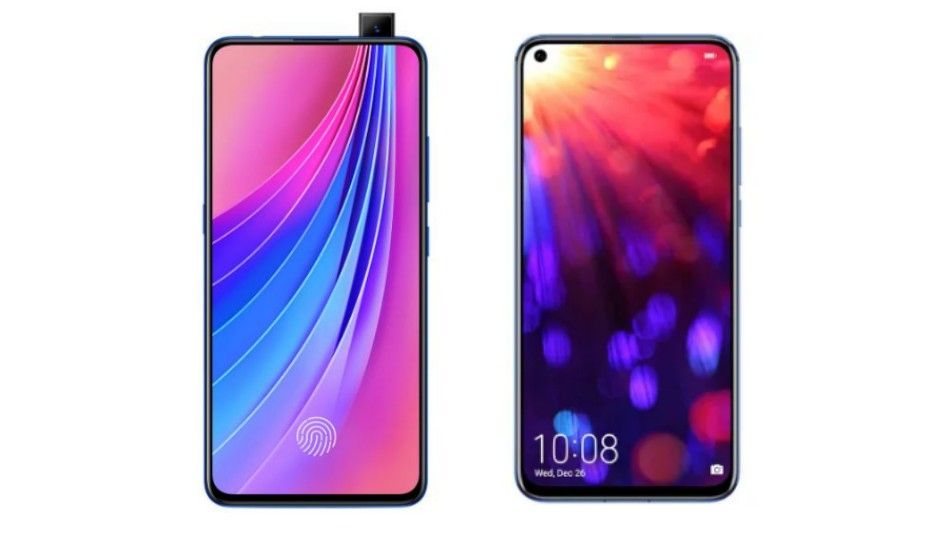 After teasing the device for quite a long time, Vivo has finally launched its V15 Pro in India at Rs 28,990. This is the second device by the company that has a pop-up selfie camera after the Vivo Nex. The phone features a triple camera setup on the back and comes with an in-display fingerprint sensor. On the other hand, we have the Honor View 20, which is powered by a Kirin 980 octa-core processor and consists of a 25MP sensor on the front. So, let’s begin. 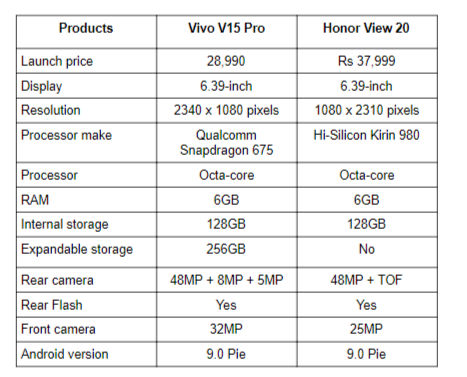 Let’s start by comparing the display of these two devices in detail. The Vivo V15 Pro sports a 6.39-inch display that offers a resolution of 2340 x 1080 pixels. On the other hand, the Honor View 20 also features a 6.39-inch screen that offers a resolution of 2310 x 1080 pixels.
When it comes to the performance, the Vivo V15 Pro is powered by a Qualcomm Snapdragon 675 processor, which is paired with 6GB RAM and 128GB internal memory that is expandable to up to 256GB via a microSD card. On the other side, the Honor View 20 is backed by a Kirin 970 octa-core processor, which is coupled with 6GB RAM and 128GB internal memory.
Coming to the cameras, the Vivo V15 Pro has a 32MP pop-up selfie camera and a triple 48MP + 8MP + 5MP camera setup at the back. The Honor View 20 features a 25MP unit on the front along with a dual 48MP + TOF rear cameras.
The Honor View 20 is available in India for Rs 37,999, while the Vivo V15 Pro is launched in India at a price of Rs 28,990.