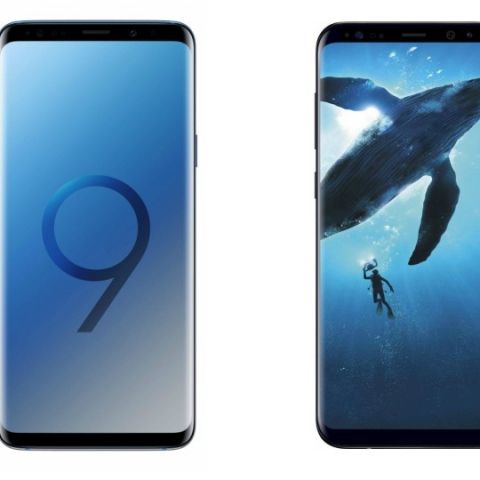 The Samsung Galaxy S8 was one of the most stylish smartphones of 2017. The phone was launched with a 5.8-inch edge-to-edge AMOLED display and a thin design. Exactly after a year, the Samsung has launched its successor the Galaxy S9, which carries almost the same design as the Galaxy S8 but brought some improvements in compared to its predecessor. So, let’s just start with a quick spec comparison to see what’s different and the new company came up with, this time. 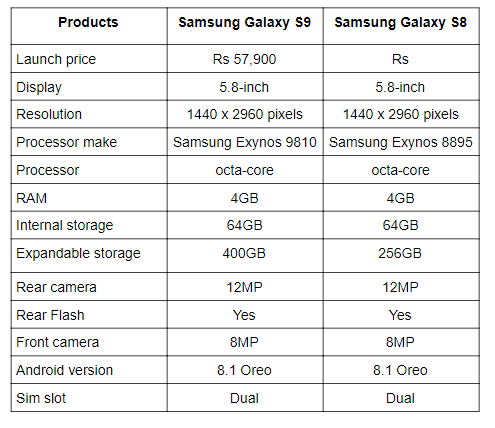 Both Samsung Galaxy S9 and S8 sports a 5.8-inch AMOLED display that offers a resolution of 2960 x 1440 pixels. The display is quite impressive as it would be a great experience for users to watch videos or movies in their smartphone. There is no difference between the two when it comes to a resolution or size but there is a bit of difference in their brightness level as the Galaxy S9 display is brighter than its predecessor.

The Biggest and the most crucial update is according to me made by the company in the rear camera.

The 12MP “dual aperture lens” in Galaxy S9 allows you to shift from F 2.5 to F 1.5, which automatically adapt to different lighting conditions as well. As per the company, it helps in clicking better photos in low light conditions. It also has a Pro Mode that lets you set everything manually and comes with a super slow Mo that lets you shoot videos at 720P till 6 seconds.

Samsung has fixed its mistake and placed the fingerprint sensor right below the back camera like any other smartphone in the market.

The Samsung has finally caught up with Apple’s “Animoji” feature as the company introduced “AR Emoji” in its Galaxy S9, which allows you to create an avatar of yourself and send people for fun.