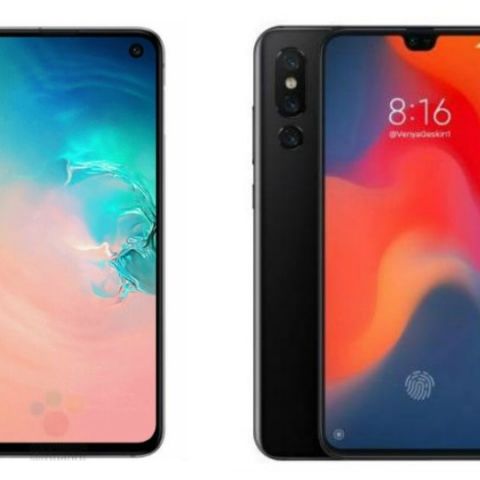 Recently, Samsung has launched three flagship devices under its Galaxy S lineup - Samsung Galaxy S10e, Galaxy S10, and the Galaxy S10+. The cheapest device of the lot is the Galaxy S10e, which is launched at a starting price of Rs 55,900. On the other hand, the Xiaomi has also launched its Mi 9 in China on Wednesday, which is a successor to the Xiaomi Mi 8. So, let’s see which device among these two would win the battle when it comes to hardware at least on paper? 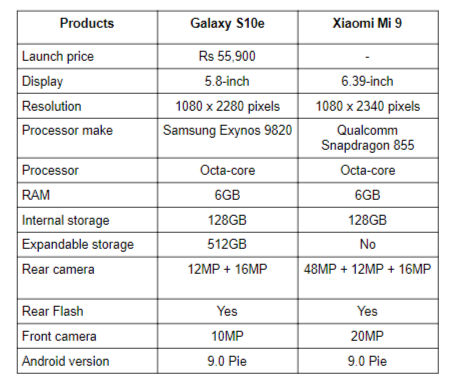 The Samsung Galaxy S10e features a 5.8-inch FHD+ Infinity-O display, which means that it has a small punch hole cut out at the front for a selfie camera instead of a notch. On the other side, the Xiaomi Mi 9 features a 6.39-inch Samsung AMOLED display that offers a resolution of 2340 x 1080 pixels.

One of the key highlights of the Xiaomi Mi 9 is its triple 48MP + 16MP + 12MP camera setup on the back. At the front, the phone consists of a 20MP sensor for clicking selfies. The Samsung Galaxy S10e has a dual 12MP + 16MP camera set up on the back along with a 10MP sensor on the front.

The Samsung Galaxy S10e is now available for pre-order in India till March 5. The phone is available for Rs 55,900 and those who will pre-book the device are also eligible for cashback of Rs 6,000 on making payment via an HDFC bank credit or debit card. On the other hand, the Xiaomi Mi 9 has launched in China at CNY 3,999 (appx Rs 31,800). The phone is expected to appear in India very soon.